Who Do You Think You Are – With That Fake Accent? 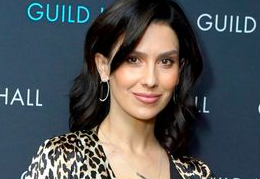 How dare Hilaria Baldwin choose to lean into Spanish pronunciations when we KNOW she was born in Massachusetts! Amy Schumer called her out on it! Oh, the outrage!

But wait a minute. I would like to point out that everyone of us adjusts our language to reflect something about ourselves – our heritage, the groups or classes to which we aspire, adherence with our work culture, aligning with the formality/informality of an event – even our gender. Code-switching has long been recognized as a core element of maintaining a culture within a culture – and for bridging cultures. This is not pretending. It is being social.

Accents do get political. They expose ethnicity. Class. Age. Anything, really. Clues that someone is one of us – or not. Newcomers to a group do well when they put effort into adapting. It is a sign of respect.

When I was growing up in Maine, I was drawn to all-things-NYC. By the time I was an adult, I felt flattered when people on the phone were surprised to learn that I was from Maine. Does that mean I was pretending to be someone I wasn’t? I think it was simply a choice of being who I wanted to be. I still love and admire and enjoy the people who relish their coastal culture – who get ‘set on’ the island, who breathe in their ‘ayuh’s’.

Final point. I have an endless appetite for all Masterpiece Theater shows – particularly old British mysteries. In one Miss Marple episode, an upper-class woman has discovered a dead body in her library. She calmly goes upstairs to her husband and says, “There’s a body … in the lib’ry.” It cracks me up every time because those few words express the fuller context of class, culture and age.

From an Instagram joke to an Alec Baldwin rant: The Hilaria Baldwin accent controversy, explained