We Use Dance to Protest and Resist …. 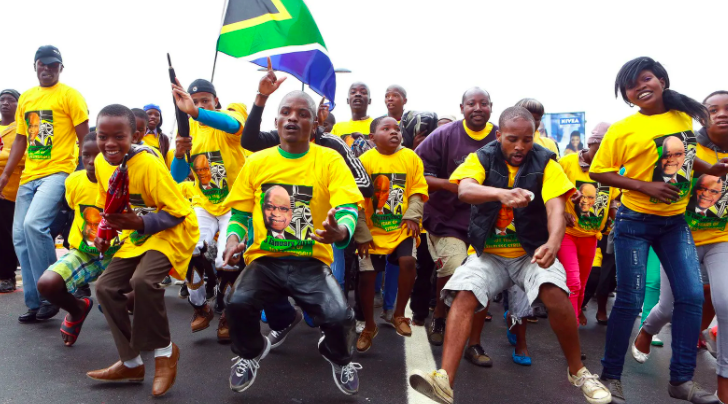 Nothing seems to irritate power holders like having someone happily claim a space – and dance in it. Dancing with joy – and freedom – in the face of abuse gives the dancers power. Joy as a form of resistance. Let’s look at a few examples.

The Bomba, known as the dance of slaves in Puerto Rico, began on sugar plantations hundreds of years ago and is still celebrated today as part of the Black Lives Matter Movement. The African rhythms brought communities together to heal – and to hold onto their heritage while also poking fun at the plantation owners. The Holande section lets out all the stops as the dancers mimic slave owners and their movements. How sweet that must feel – even for a few moments.

in the antebellum South, the Cakewalk, invented by African Americans, was intended to satirize the formal high society ballroom dances of plantation owners. Later, those same plantation owners came to think it was an effort to be like them. Ahhh – right under their noses.

The toyi-toyi is a staple of South African culture routinely used to protest a variety of causes. Its intense, high-knee dancing was meant to intimidate. The dancers may not have weapons, but their power is clear.

Dance activism at Standing Rock in 2016 brought together hundreds of Ojibwe Jingle Dress dancers to support the water protectors below. The dance, like all Native American rituals, was once banned by the U.S. government. Their appearance on the crest brought hope to the protestors. “Our spirits were lifted.”

And, finally, let’s look at a more light-hearted dance protest. In 12 states in Germany it is still illegal to dance in public on Good Friday, the beginning of the four-day Easter weekend. Need I say more? There is an annual silent dance tradition where thousands of people dance – without music – to protest the regulation.