Symbols in the Boxing Ring 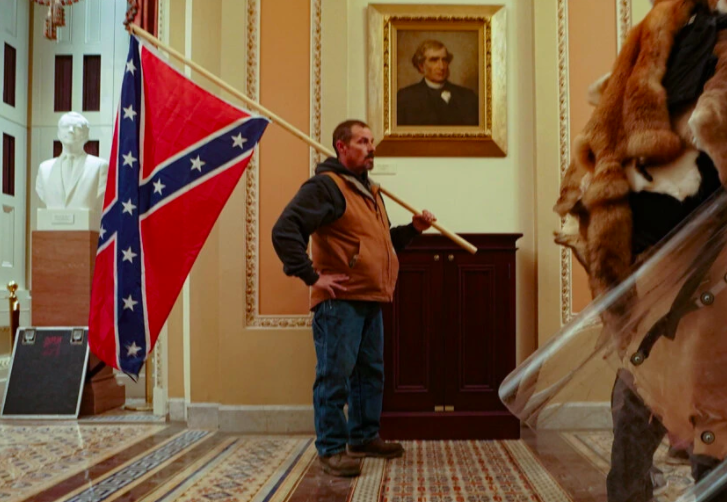 Confederate flags coursed through the halls of our U.S. Capitol – passing statues and tributes to our democratic ideals. The juxtaposition of competing ideologies played out visually. The images tell our American culture story.

Symbols – simple accepted icons representing groups and their beliefs – have forever rallied passion. Religious symbols muster pride and commitment to the point that armies go to war to defend them. Defacing another group’s symbols is often treated as a call to arms. If an opposing team at a high school sports event shows disrespect to the school flag or mascot – stand back. There must be payback.

We all find ways to express our identity and beliefs – and each culture to which we belong offers us lots of ways to declare that we belong. If I’m going to a classical concert, you better believe I won’t show up in sneakers. No, I want to show that I am aligned. Flags, hats, jackets, pins simply tell the world, “here’s what I support.”

The image of a confederate flag flying freely in our Capitol – that single image – laid the values conflict bare for us all. That image tells us a story – a truth about our country. All the contorted explanations and excuses – all the efforts to reframe – pale when we can see for ourselves in a single picture frame.