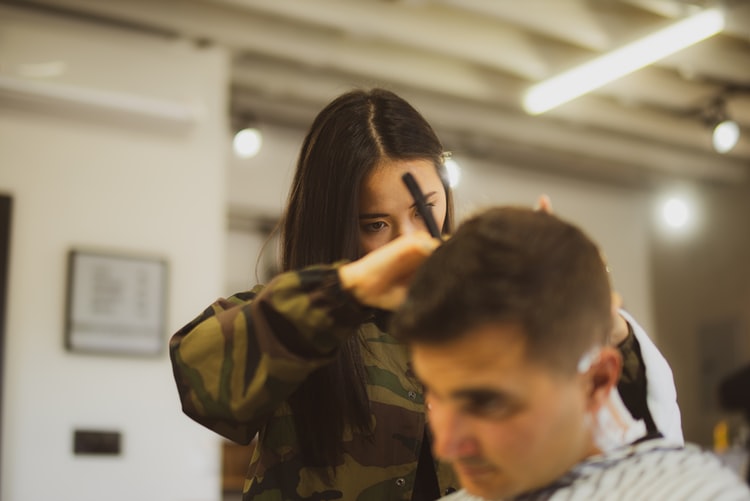 Hair is one of the most personal elements of appearance – and one of the most culturally defined. In general, women are encouraged to have long hair. It is considered feminine and provocative. In the U.S. there is a preponderance of magazines, posters, billboards using images of long-haired (sexy) women to sell everything from high performance vehicles to rum. The message is, “if you want to be a manly man and have access to women like me …”

Men are most often seen as short-haired in advertisements. The control of a military cut. Not fluffy. From the time we are small we are surrounded by these images and come to see them as “the way things are – or ought to be.” Normal. Although there is now more freedom of expression, stepping outside the norm in one or two ways can be seen as a ‘membership’ challenge.