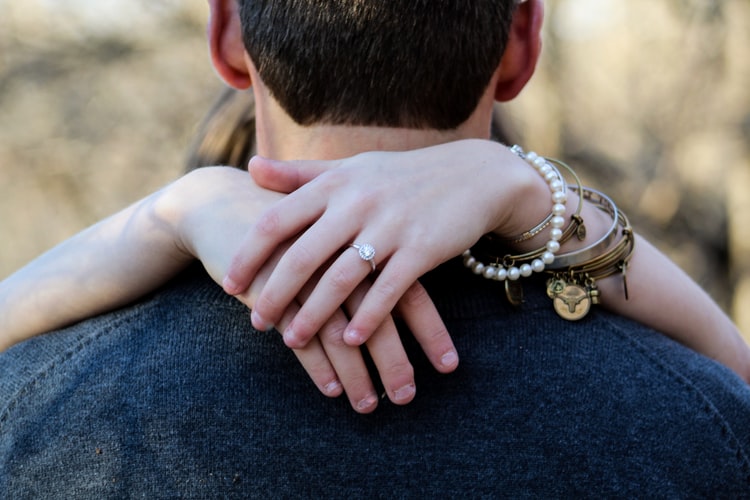 Our bodies come pre-wired to connect. They (we) are on high alert and ready to respond and build connections. But with billions of people milling around us, how do we increase the odds that we can find real connections?

In most cases, gender attire is highly differentiated. Although there are many exceptions, menswear is generally subdued and comfortable. Ready for action. Women’s wear is often colorful – and uncomfortable – clothes that expose or hide, shoes that limit movement.

Sometimes we find ourselves holding up a sandal, asking, “Is this a men’s or women’s sandal?” The truth is that it is hard to tell – but we feel it is important to know. Only the fashion designers know for sure – since they define it. And how crazy is it that men’s and women’s buttons are on reverse sides? How did that become a standard?

You don’t find many fashion constraints in small, local companies, agencies or schools. However, in large, urban organizations, dress codes become more specific. For men, it’s suits. The higher the office the more tailored the fit, and the greater the cost. Suits convey that you are in it for the long haul – not subject to fashion whims. Straying too far from the norm can limit your opportunities.

Women have more options but face trickier expectations. The fashion industry puts constant pressure on women to be in vogue. Wearing last year’s trend is a risk. The real currency in organizations is power and power is often associated with masculinity. Dress too “girly” and you risk being seen as provocative. Dress in a more masculine way, and you risk being seen as pretending to be a man, which can get you marginalized from the women in your group.

Most cultures carefully establish guidelines around facial and body hair as visible means for expressing gender and group membership. For men, in many countries, the dominant expectation is to be clean-shaven. Even Olive Oyl sang, “I want a clean shaven man,” about Popeye. Like other cultural expressions, facial hair trends change over time. Beards are in fashion again.

Facial and body hair for women is a different story. Any excess is judged. Eyebrows must be groomed. Legs and underarms are to be clean as a whistle. In some cases, even other areas are “cleaned up.” In general, body hair is seen as evidence of being uncivilized – and unclean. A woman who doesn’t conform sends a message that challenges gender norms and she will likely be the subject of gossip and teasing.

About half of the schools in the U.S. have DRESS CODES basically defining what not to wear. There is built in tension for girls, facing societal pressure to communicate their sexuality while working within the constraints of school codes.

Over 50,000 U.S. schools have UNIFORM POLICIES, most showing radical differences in gender attire. Girls often have to wear skirts cut at the knee or above, which puts them in an unwinnable situation. Girls who appear immodest or flirty are judged harshly by peers and yet they have to wear uniforms where they risk exposure by simply going about their daily routines.

Hair is one of the most personal elements of appearance – and one of the most culturally defined. In general, women are encouraged to have long hair. It is considered feminine and provocative. In the U.S. there is a preponderance of magazines, posters, billboards using images of long-haired (sexy) women to sell everything from high performance vehicles to rum. The message is, “if you want to be a manly man and have access to women like me …”

Men are most often seen as short-haired in advertisements. The control of a military cut. Not fluffy. From the time we are small we are surrounded by these images and come to see them as “the way things are – or ought to be.” Normal. Although there is now more freedom of expression, stepping outside the norm in one or two ways can be seen as a ‘membership’ challenge.

Attire worn by religious leaders is another story. It is in this domain that men celebrants often wear dramatic clothing – robes, headwear, adornment that identifies their status and their ceremonial roles.

Women, who are rarely in the faith hierarchies, are usually expected to show great modesty and humility. Heads and bodies covered.

In many traditions, over millennia, people have used make-up to design or amplify their features. As Desmond Morris explored in The Naked Ape, all animals have ways to show their readiness and fitness for mating. In males the displays are more likely to be physical – shows of strength and power. In females, it is more often showing signs of fertility and availability. Baboons give us a good picture of this. Ahem.

Although humans left these creatures far behind (no pun intended), we also face the challenge of finding mates. But in our societies, where we aren’t dependent on a rutting season, where we cover our genitalia, we still find ways to say, “Well, hello there.” Women accent their lips and eyes, giving their natural features a boost.

Scroll through jewelry catalogs and most of what you see will be for women. A woman’s outfit can be judged as undone without the supporting earrings and necklace. A pendant that hangs too low or too high – or any items that look “cheap” are subject to ridicule. Women in the work environment face a firing line of potential critics – daily.

In general, men’s jewelry remains constant. They can wear it everyday. A watch and a ring or two – done. A man communicates status with his watch. Other men know its value.

Most of the money men spend on jewelry is to demonstrate to the women in their lives how much they are loved (and valued). The women who wear these gifts are communicating how much they are loved. So, unfortunately, men who can’t afford much can face derision from other men. Their manhood is put into question.