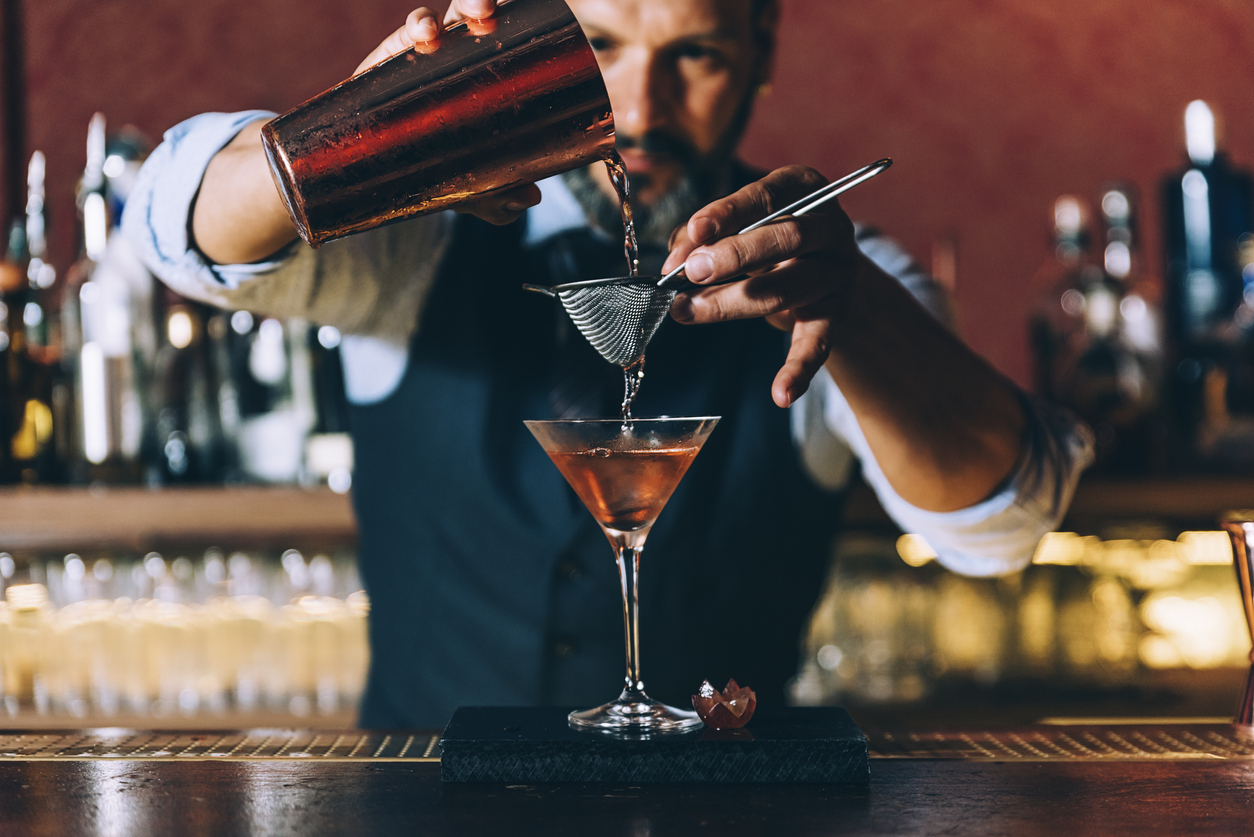 A few evenings ago I was enjoying dinner at the bar of a favorite (high-end-ish) restaurant. The bartender, a Kennedy-esque, studied, master-engager – I’ll call him James – was doing what bartenders do best – spinning the powers of spirits, alchemy and collective goodwill. At one point in this evening he did what he has done hundreds of times, but this time it was different. He mixed two cocktails, banged them into their shakers then proceeded to do a nice ‘hard shake.’ Slight taps to open … and  … boom …  the entire restaurant spontaneously burst into applause. A feeling of appreciation raced through everyone there. Appreciation for James and his colleagues, Appreciation for the shared moment, the shared rituals. I know it sounds corny but – appreciation to be alive and in company.

My professional career was spent in organizations helping them develop the staff and cultures they needed to be successful. After a day of teaching or consulting, I often joined people at a nearby restaurant and I encouraged these leaders to sit at the bar and watch. I wanted them to notice the unique competency demands.

Knowledge and language. Even without the benefit of a sommelier certification, bartenders are expected to master walls of wines and spirits – all with subtle (let me repeat – SUBTLE) differences. Nuanced. And all requiring vocabulary to describe those differences. It’s akin to poetry being used to describe chemistry. On demand. Quickly. But without making the patrons feel hurried. Add to that they need to show an equal ease with the culinary offerings – again being able to accurately describe the menu options. Not just the notes the kitchen provides, but also the ability to answer all those add-on questions. How to compare these two fish dishes. How is that sauce different from this one? And, in my mind, the piece de resistance is their ability to pair drinks with what you have ordered. Here’s where the real alchemy happens – taking disparate elements and making them into something more elusive and enjoyable than the ingredients alone.

I wanted these leaders to notice the intensity of the attention. People at the bar are eye level with the bartenders, unlike those sitting at tables. They are close – just the width of the bar itself separates them. Bartenders listen. They listen as people share what they are seeing as first options. They listen as minds change. They listen for budgets. And then they turn to the next person – and the next – without benefit of an order pad. They listen and remember. Before they turn away and get started, people feel special. They feel seen and heard – because they have been. How often in organizations do people listen this way? It’s more often a case of not talking while someone else is talking – planning what you want to say next. That is not listening.

Bartenders are masters of ceremony and rituals. The greetings. The settings. The ‘how are you today’s’ ‘Here, let me get that for you?’ ‘How is everything?’ followed by a smile and an add on comment or two to show they know exactly what you mean. In other words, validating what you have said. The way to display a bottle of wine as they discuss its profile. The tasting. The evening is a series of respectful gestures. Everyone deserves that at the end of a day, do they not?

And, finally, (although I could go on) I ask leaders to notice what teamwork really looks like. Several people working in the tightest of spaces, shelves of breakables, full and empty plates and glasses being carried through, climbing step stools for those top shelf items. Bending to retrieve refrigerated items. They all respond automatically if any patron makes eye contact. The empty water glasses are filled. The trays at the end of the bar are automatically flipped over for the next server. The dishwashers emptied and glasses polished. No chit-chat back there. The stage is theirs.

Shaman. If you look up the meaning you often see terms such as ‘healing’ or ‘energy’ or ‘access to the spirits of good and evil.’ Shamans can conjure up the forces – the spirits – of a community and put them to work for good. Aren’t bartenders the same? They meet people where they are, help them unhinge from all that’s going on ‘out there.’ When people feel seen and respected, the walls come down. People relax and start to see one another – to reach out to one another. Plus – it’s almost ridiculously dead-on that they serve spirits. It’s like the room gets bathed in good will for one another. It seems we were in good hands.