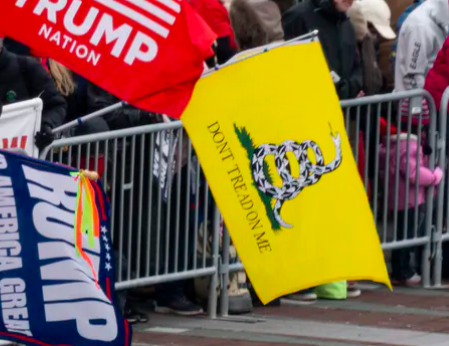 Because it is commonly flown alongside “Trump 2020” flags and the Confederate battle flag, some may now see the Gadsden flag as a symbol of intolerance and hate – or even racism. If so, its original meaning is then forever lost, but one theme remains.

At its core, the flag is a simple warning – but to whom, and from whom, has clearly changed. Gone is the original intent to unite the states to fight an outside oppressor. Instead, for those who fly it today, the government is the oppressor.