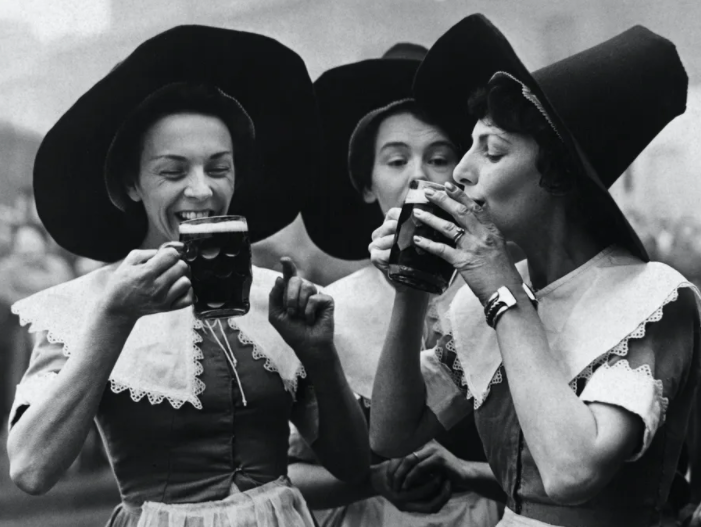 Up until the 1500s, brewing was primarily women’s work – that is, until a smear campaign accused women brewers of being witches. Much of the iconography we associate with witches today, from the pointy hat to the broom, emerged from their connection to female brewers.

Humans have been drinking beer for almost 7,000 years, and the original brewers were women. From the Vikings to the Egyptians, women brewed beer both for religious ceremonies and to make a practical, calorie-rich beverage for the home.

In fact, the nun Hildegard von Bingen, who lived in modern-day Germany, famously wrote about hops in the 12th century and added the ingredient to her beer recipe.

From the Stone Age to the 1700s, ale – and, later, beer – was a household staple for most families in England and other parts of Europe. The drink was an inexpensive way to consume and preserve grains. For the working class, beer provided an important source of nutrients, full of carbohydrates and proteins. Because the beverage was such a common part of the average person’s diet, fermenting was, for many women, one of their normal household tasks.

Some enterprising women took this household skill to the marketplace and began selling beer.

By Laken Brooks, University of Florida for The Conversation