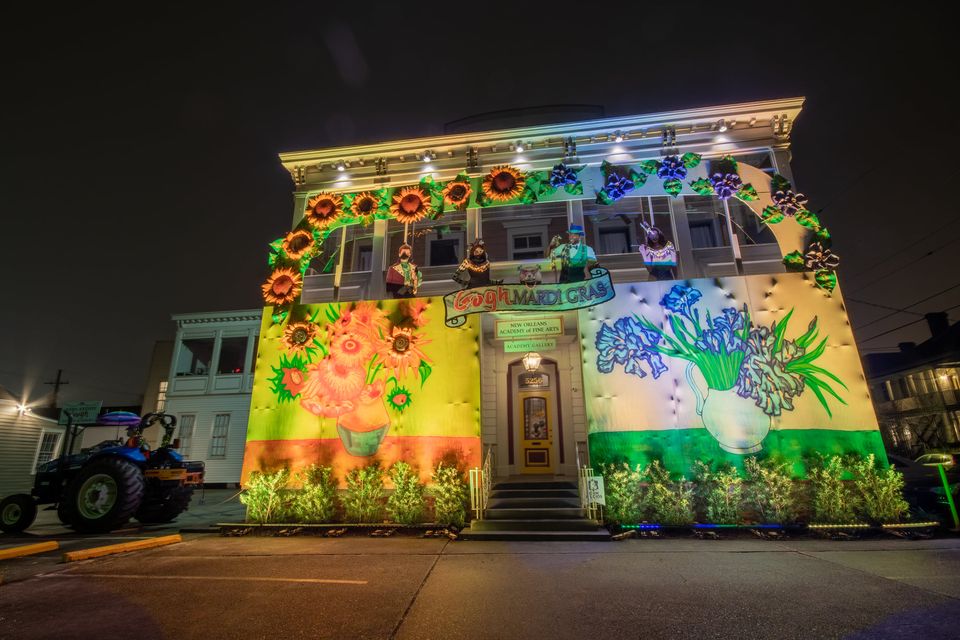 Not even a pandemic can stop New Orleans from celebrating Mardi Gras. While the city’s official Carnival parades in January and February have been cancelled this year because of Covid-19, local artists and designers have used their float decorating skills to turn neighbourhood houses into lavishly festooned Mardi Gras marvels. And instead of crowding along congested parade routes, people are encouraged to visit the houses more safely on socially distanced tours, with a number of maps provided by groups such as the Krewe of House Floats. Each house follows a creative theme, honouring heroes such as the city’s nurses, or pop culture icons including the cast of Schitt’s Creek and Bernie Sanders with his mittens. The New Orleans Academy of Fine Arts has even created a tribute to the painter Vincent Van Gogh, complete with large-scale Sunflowers and Irises.

By Helen Stoilas, The Art Newspaper