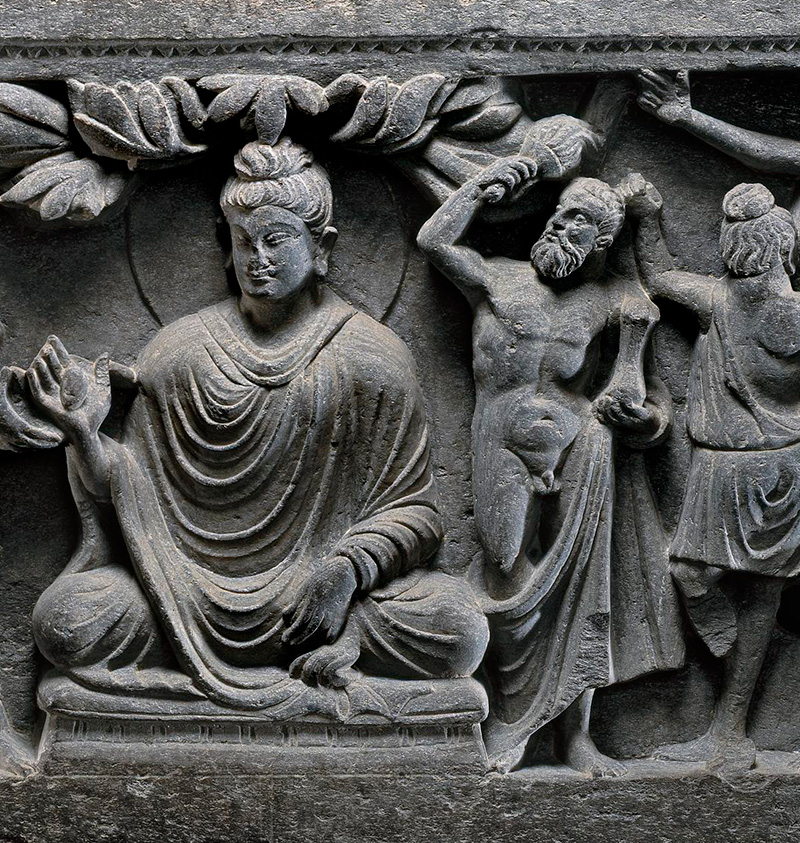 By the time the Bactrians conquered northwestern India, in short, many eastern Greeks were familiar with Buddhism. Within a century of the conquest, some of the most important men in the Indo-Greek kingdom identified themselves as Buddhists: a provincial governor named Theodorus, for example, is known to have dedicated a Buddhist reliquary, and another Greek governor established a stupa. Many wealthy Greeks, like the benefactors at Karla, were commemorated as donors in Buddhist cave monasteries.