Why red, yellow, and green? 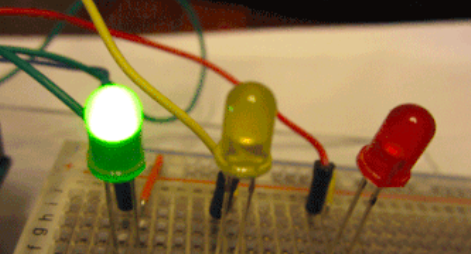 Nothing seems more universal than the color scheme of traffic lights—a symbol understood across countries and cultures. But early traffic lights didn’t have the same uniformity; they used various color schemes to convey their commands.

How we ultimately landed on today’s color scheme is thanks in large part to railroad signaling systems, which used red, green, and yellow—the longest wavelengths of the visible spectrum—out of necessity for signaling across long distances. According to Mental Floss, the custom was first adopted from British steamships, which displayed red lights on their left side and green ones on the right, which signaled it was okay to pass on that side.

The original railroad systems used red for stop, green for caution, and white for go. But white lights proved iffy: Legend has it that green replaced white for go and yellow was switched in for caution after a lost red lens caused a disastrous crash sometime around 1914.

The red-yellow-green color scheme’s global adoption wasn’t without resistance, however. During China’s Cultural Revolution in the 1960s, Chairman Mao Zedong’s Red Guard tried to reverse the red and green signals, so red, the color of the revolution, would signify going forward. Their campaign never came to fruition.