Why is the Confederate flag so offensive? 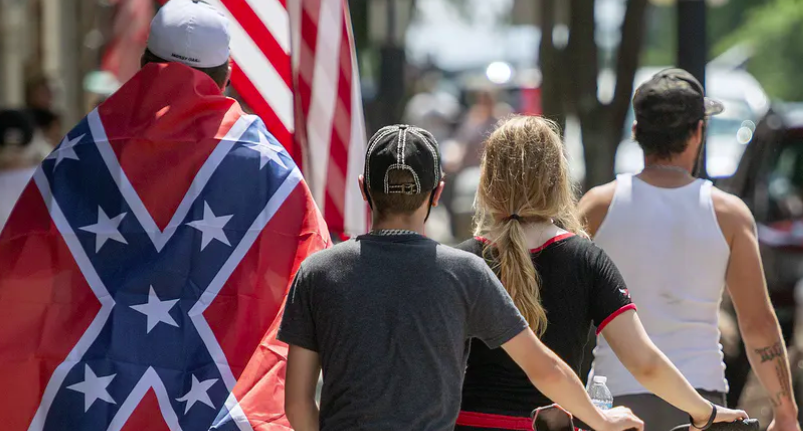 Why do these images of Australian soldiers posing with a flag from another country’s long-ago war provoke such strong reactions? Because the flag has long symbolised defiance, rebellion, an ideal of whiteness and the social and political exclusion of non-white people — in a word, racism. …

The reembrace of white Southerners into the nation showed a desire to “heal” the nation by downplaying the horrors of enslavement and the struggle to end it.

New narratives depicted the war as a righteous, though tragic, struggle over “states’ rights”. By avoiding a conversation as to what those rights were about — that is, enslavement — by the 1890s, they remade the meaning of the war.