WHY ARE PEOPLE WEARING PEARLS ON ELECTION DAY TO SUPPORT KAMALA HARRIS AND RUTH BADER GINSBURG? 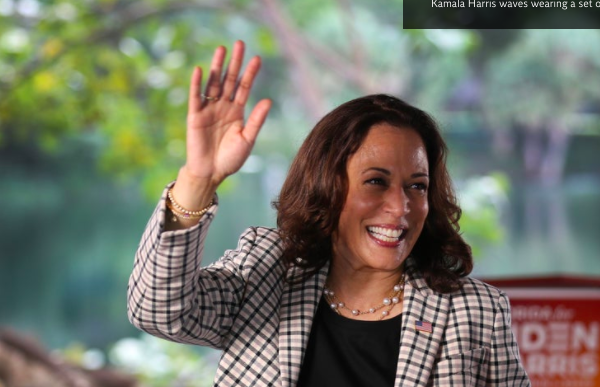 Are people wearing pearls to show their support for Kamala Harris?

Largely, yes. The origin of pearl-wearing goes back to the sorority that Harris was a member of during her time at Howard University: Alpha Kappa Alpha Sorority Inc. (AKA), a historically black institution based in Washington DC.

Upon joining AKA in 1986, Harris became part of the first historically African American Greek-lettered sorority.

Founded in 1908, the collective refer to their founders as the ‘Twenty Pearls’.

Every time a new woman is initiated into the sorority, she receives a badge covered with twenty pearls.

By Joanna Whitehead, The Independent