Where Does Protest Art Fit in the “Canon” of Contemporary Art? 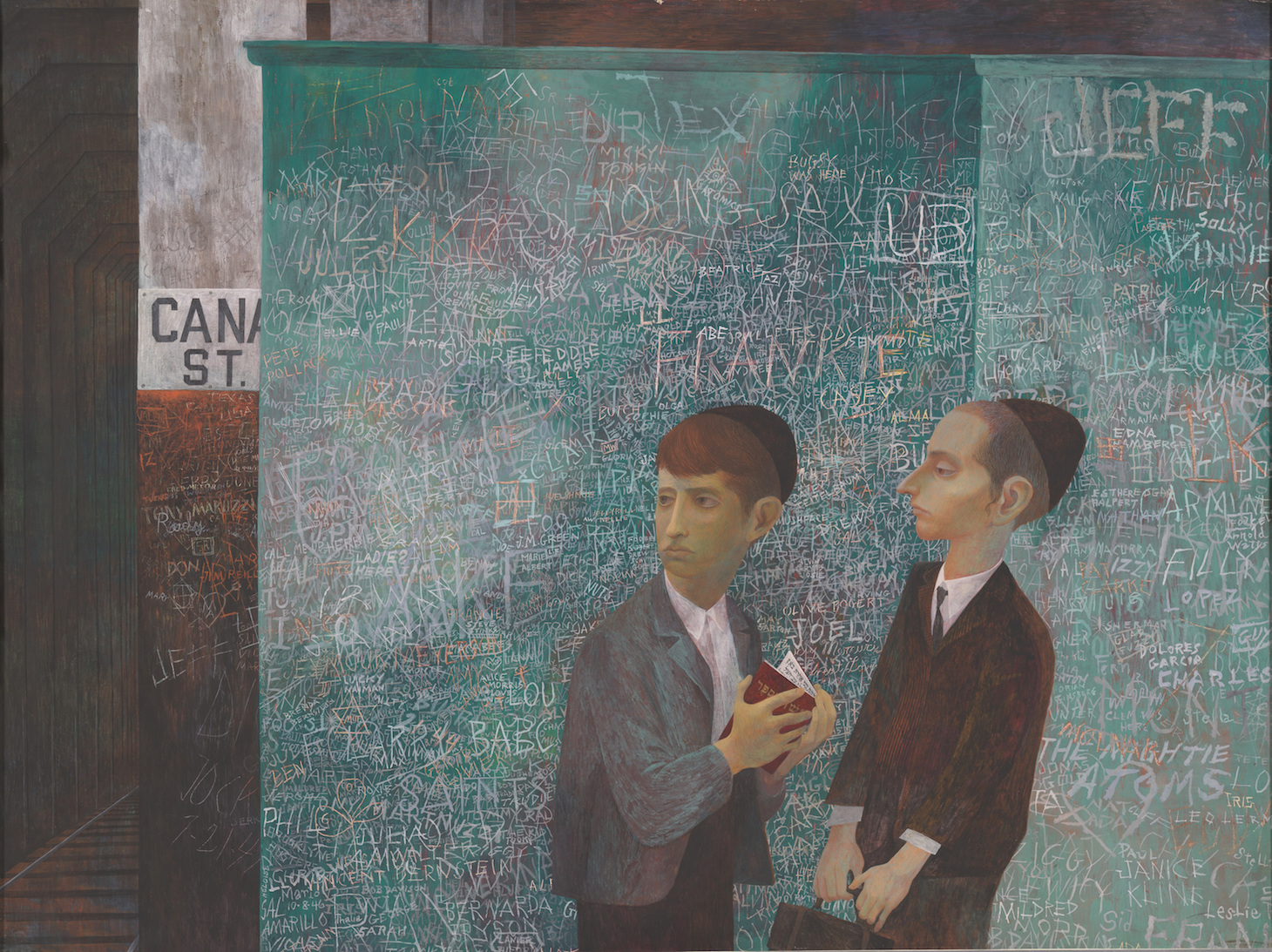 It seems hard to imagine now, but there was a brief period in the mid-20th century when the US government recruited artists to join in their ideological warfare against fascism. One of these artists, Bernard Perlin, achieved worldwide recognition for his painting “Orthodox Boys” (1948). Two Jewish kids stand at the Canal Street subway station in Manhattan, near a wall covered with random names, Stars of David, hearts, and swastikas. By the late 1940s, the CIA had already begun employing disgraced Nazi generals to consult on Soviet affairs, thus weaving Nazism into the fabric of postwar American culture, and making Perlin a bit of a visionary.

Antifascism is now broadly denounced by the federal government — the term brandished by conservative media and conflated with “violent mobs” to terrify swing voters. Symbols of hate still occupy our public spaces, complicating notions of equality written in the nation’s founding documents. This discrepancy is a familiar one to Jewish artist and curator Jonathan Horowitz, whose latest exhibition at the Jewish Museum ties American anti-Semitism to broader issues of institutional racism and settler-colonialism.