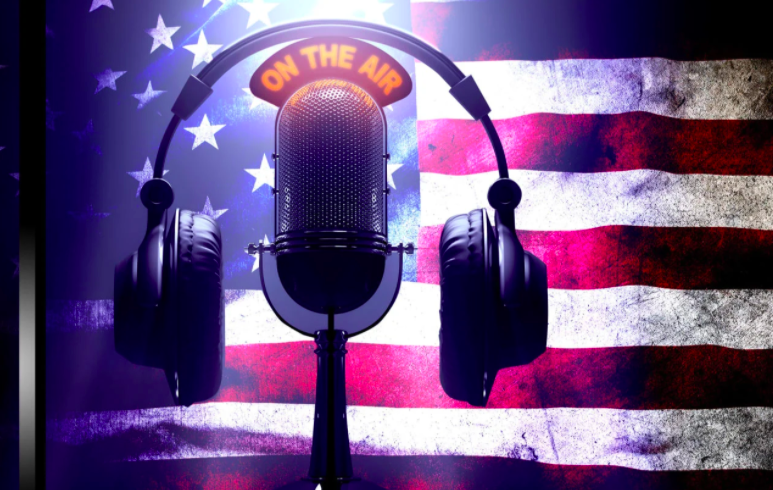 Propaganda-as-patriotism was behind Clear Channel’s (now iHeartRadio) attempt to ban over 150 songs from airwaves in the wake of 9/11, from pop hits to Rage Against the Machine.

It was in this same vein of thinly veiled propaganda wrapped up in patriotism that the country’s largest radio company, Clear Channel Communications (now iHeartRadio), attempted to ban more than 150 songs from the airwaves across its roughly 1,200 stations.

Any song that mentioned airplanes was targeted, as well as war, death, and fire. The de facto ban seemed primarily to target rock, punk, and heavy metal bands, such as Alice in Chains, System of a Down, and every single track by Rage Against the Machine. But relatively innocuous songs were included too, including “Walk Like an Egyptian,” because of its references to the Middle East; the hopeful lyrics of John Lennon’s “Imagine”; Louis Armstrong’s “What a Wonderful World”; and Frank Sinatra’s cheery “New York, New York.”

At the time, Clear Channel moved quickly to stamp out reports that it had issued a mandate that barred stations from playing these songs. But when the full list eventually leaked, top executives hurriedly placed the blame on those at the local level, calling it “a grass-roots effort that was apparently circulated among program directors,” although the final compiled list, known as the “Clear Channel memorandum,” was sent out by company management.

Music has often served as a refuge for various tragedies and joys, and the events of 9/11 should have been treated no differently. Soul-soothing melodies of remembrance or in-your-face heavy metal music as a way to channel confusion and anger are ways to address these complicated emotions.

But Clear Channel deprived listeners of the ability to access these types of songs—which didn’t sit right with Peter Asher, of the English duo Peter and Gordon, who voiced his displeasure in 2001 to The New York Timeswhen learning his songs “I Go to Pieces” and “A World Without Love” were on the list. “I suppose a song about someone going to pieces could be upsetting if someone took it literally,” he said. “But ‘I can’t live in a world without love’ is a sentiment that’s as true in crisis as it is in normal times. It’s a totally pro-love sentiment and could only be helpful right now.”