When men started to obsess over six-packs 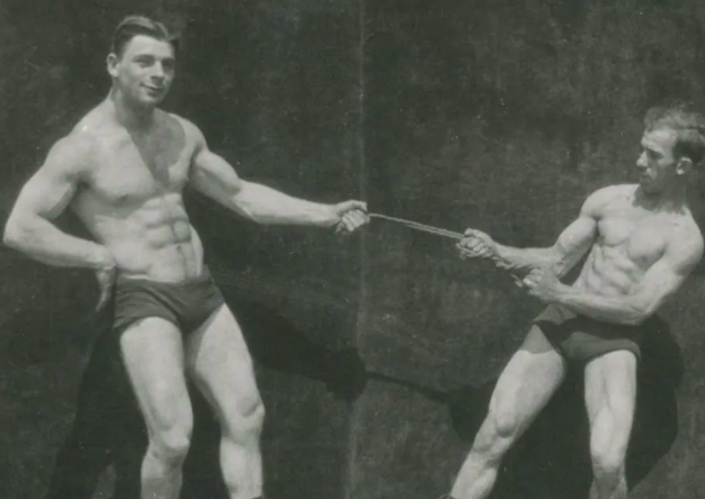 The cultural obsession with six-pack abdominals shows no signs of abating. And if research into male body image is to be believed, it will likely only grow, thanks to social media.

Today, there’s an entire industry centered on obtaining – and maintaining – chiseled abs. They’re the subject of books and social media posts, while every action movie star seems to sport them. Pressure is also mounting on women to sport six-pack abs as body ideals for athletic women have evolved.

All of this raises the question, when did the six-pack craze start?

It may seem like a relatively recent phenomenon, a byproduct of the fitness culture boom in the 1970s and 1980s, when Arnold Schwarzenegger and Rambo reigned, and men’s muscle mags and aerobics took off. …

It wasn’t until the late 1980s and early 1990s that getting a “six pack” referred not just to cans of beer and started serving as a stand-in for visible abdominal muscles. Searching through Google Ngram shows that from the mid-to-late 1990s the term’s popularity grew exponentially.

By Conor Heffernan, The University of Texas for The Conversation