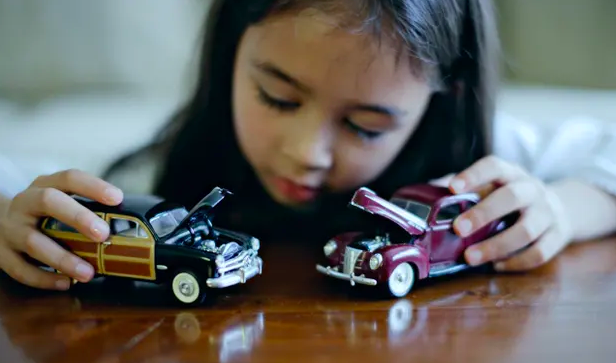 Dividing up everything from toys to clothes on gender lines is surprisingly recent – kids would fare better without it.

To some parents, this seemed overboard and unnatural. Scientist Barbies and macho black Easy-Bake ovens are one thing, but forcing stores to abandon gendered sections? That ignored biological reality. As one California mom noted, “We wanna raise our daughter to know she’s a girl, that’s how she was born, that’s how she will live … I want my daughter to dress like a girl and I want my boys to dress like boys and I want those sections to be separated.” The president of a religious freedom-defending non-profit remarked that “Compassion for our LGBTQ+ friends and neighbors does not require us to embrace absurdities on gender.” …

Gendering kids’ toys and clothes limits their growth and development in all kinds of ways, and creates an environment where kids shame and police each other for reaching across that divide. Researchers found that making science materials in pastel colors lowered boys’ engineering aptitude – it made engineering too girlie. When any toy is gender color-coded and pitched as for one sex, one study found, a kid of that sex may gravitate toward it – or avoid it if it’s not gender-coded to include them.

By Lisa Selin Davis, The Guardian