What triangular patterns on rocks may reveal about human ancestors 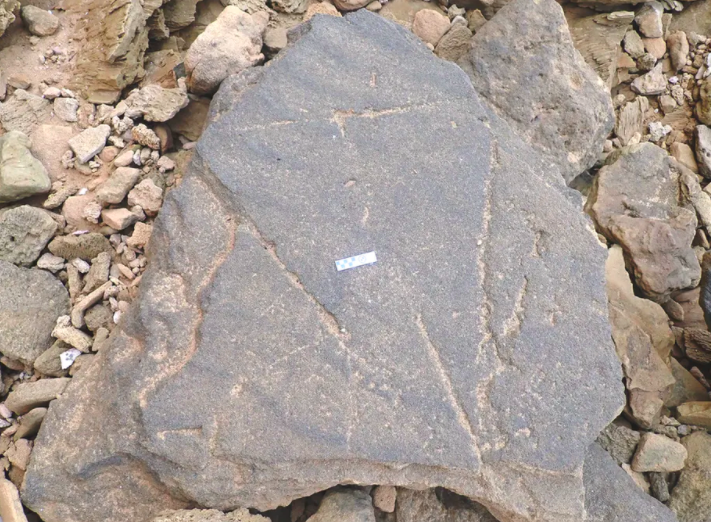 The engraving pattern at Blombos Cave has been analysed by numerous experts, with varying interpretations. However, it can clearly be regarded as a series of triangles. Could what we have found and described represent a version of this pattern on an unprecedented, large scale? After all, it may have been easier for our ancestors to inscribe a large pattern in sand using a stick than to have to carry ochre a long distance to a cave and then meticulously get to work on engraving. For now, until we find more examples, this is pure speculation. But it is an intriguing possibility.