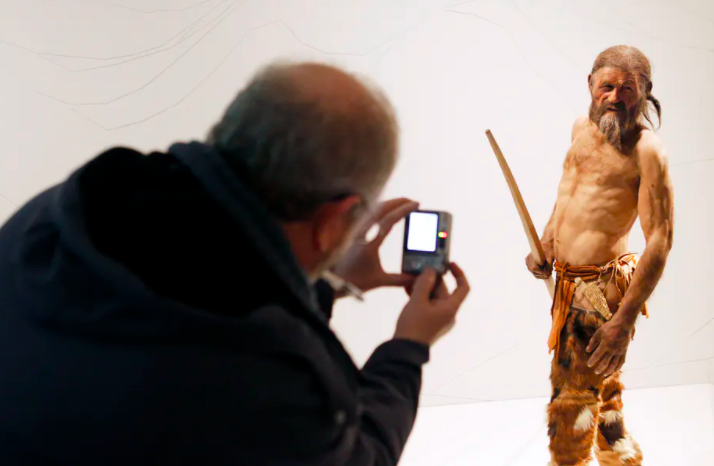 Ötzi the Iceman remained hidden to the world for millennia until two German tourists discovered it 30 years ago in a glacier in the Italian Alps.

This 5,300-year-old mummy is not only perhaps Europe’s most famous mummy, but also one of the most significant finds for those who study the global history of tattoos.

Ötzi was adorned with 61 tattoos that were incredibly preserved by the glacial climate.

The meaning of those tattoos has been debated ever since his discovery by the two hikers. Many of Ötzi’s tattoos were found to be lines drawn along areas such as the lower back, knees, wrists and ankles, areas where people most often experience ongoing pain as they age. Some researchers believe these tattoos to be an ancient treatment for pain. Various herbs known to have medicinal properties were found in close proximity to Ötzi’s resting place, lending further credence to this theory.