What is Blackfishing and Why has Jesy Nelson Been Accused of it? 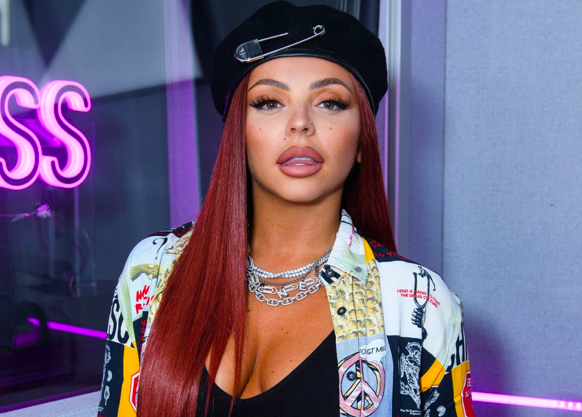 If you’ve been following celeb world this week, you’ve probably noticed that former Little Mix singer, Jesy Nelson, has been accused of something called ‘blackfishing’.

The term was coined by journalist Wanna Thompson in 2018 and is used to describe someone accused of pretending to be black on social media by using makeup, hair products and in some cases, surgery to drastically change their appearance.

Nelson, 30, was accused of blackfishing after she released her debut single “Boyz” with Nicki Minaj earlier this week. In the music video, Nelson is seen as being heavily tanned and her hair styled with wigs and braids.

The singer later took to Instagram to comment on the claims, and credited her tan to a recent holiday in Antigua. She added: “I personally want to say that my intention was never, ever to offend people of colour with this video and my song because like I said, growing up as a young girl, this is the music that I listened to.

Nelson isn’t the first celebrity to be accused of blackfishing. Rita Ora was accused of the term last year when she styled her hair with box braids and Kim Kardashian was accused of using makeup to dramatically darken her skin in 2017.

Blackfishing as a phrase first gained traction in November 2018 when a Twitter thread calling on people to post “all of the white girls cosplaying as black women on Instagram” went viral, garnering more than 23,000 retweets and thousands of responses criticising influencers for doing this.

Contributors to the thread posted a stream of before and after photos which show clear discrepancies in certain Instagram users’ skin tones.

Those engaging in blackfishing have often been seen to cherry pick aesthetics that they see as being stereotypically associated with black women and capitalising on these to land lucrative sponsorship deals that women of colour may not otherwise have access to.

Some influencers have been accused by Twitter users of manipulating their photographs or undergoing plastic surgery to change the appearance of their features so they appear to have fuller lips and curvier figures.https://c553124c93218ac59436253e0b519c68.safeframe.googlesyndication.com/safeframe/1-0-38/html/container.html

Critics of the trend describe it as a form of cultural appropriation, whereby elements of a minority culture are adopted by those in a more dominant culture without crediting the origin, leaving members of the minority culture feeling oppressed and marginalised.

Speaking to The Independent, writer Stephanie Yeboah describes blackfishing as a “type of blackface”, the deeply offensive practice whereby white people darken their skin tone with makeup as a form of fancy dress.

“What we are seeing – especially on social media – is another way of white women co-opting, profiting and benefiting from appropriating another race, and brands are encouraging this,” she says.

“A lot of these women receive endorsements from beauty and fashion brands based on the ‘black aesthetic’ but unfortunately when it comes to using real black women for campaigns, we are often sidelined and forgotten about.”

Wanna Thompson, the freelance writer who started the viral Twitter thread, has explained why blackfishing is so “troubling”, describing white women who do this as “dipping their foot into the pond without fully getting themselves wet”.

Speaking on BBC Radio 4’s Woman’s Hour in 2018, Thompson added that adopting the hairstyles, clothing and slang that is traditionally associated with black women is “just enough to hang on to racial ambiguity without fully dealing with the consequences of blackness.”

Thompson added that this becomes even more problematic when you consider the number of black influencers who are “overlooked all the time” by brands.

“When you see that people who benefit from white privilege that are able to get both sides of the coin, it’s very troubling,” she concluded.