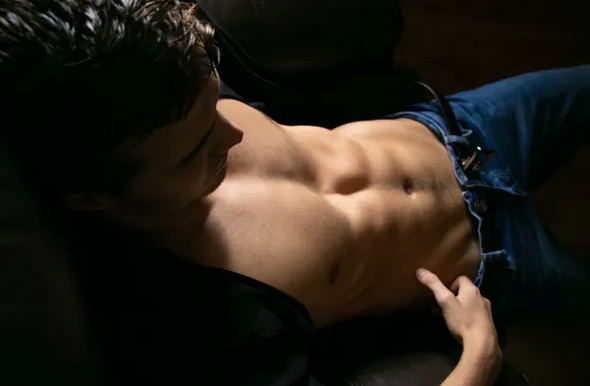 Researchers have argued sexualised images of men do not advance feminist values, as they glorify “superficial” ideals of beauty and youthful, able bodies. Others say this media representation of a muscular male body ideal reinforces “toxic” aspects of masculinity by emphasising strength and power. …

Women described muscular and athletic men as sexual fantasy figures but discounted them as viable, long-term partners. They thought them too preoccupied with their own attractiveness. Indeed, these men’s work on their muscles intensified some women’s anxieties about their own bodies.

Jane, (34, heterosexual, in a relationship), said

Yeah, I want my superman to be really big […]. But I think if I was married to someone that would feel a bit uncomfortable, like, I wasn’t keeping up my end of the bargain.

Some women also thought that while conventionally attractive men were acceptable for sexual gratification, they were less certain about such men for serious, committed relationships.

I’ve had one boyfriend who was like, massive, perfect … I’d show him off to people … It wasn’t a serious relationship; it was very shallow.