Verbage – The Republican war on words. 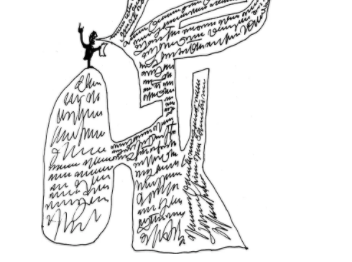 (First published in the print edition of the October 13, 2008, issue.) In recent elections, the Republican hate word has been “liberal,” or “Massachusetts,” or “Gore.” In this election, it has increasingly been “words.” Barack Obama has been denounced again and again as a privileged wordsmith, a man of mere words who has “authored” two books (to use Sarah Palin’s verb), and done little else. The leathery extremist Phyllis Schlafly had this to say, at the Republican Convention, about Palin: “I like her because she’s a woman who’s worked with her hands, which Barack Obama never did, he was just an élitist who worked with words.” The fresher-faced extremist Rick Santorum, a former Republican senator, called Obama “just a person of words,” adding, “Words are everything to him.” The once bipartisan campaign adviser Dick Morris and his wife and co-writer, Eileen McGann, argue that the McCain camp, in true Rovian fashion, is “using the Democrat’s articulateness against him” (along with his education, his popularity, his intelligence, his wife—pretty much everything but his height, though it may come to that). John McCain’s threatened cancellation of the first Presidential debate was the ultimate defiance, by action, of words; sure enough, afterward conservatives manfully disdained Barack Obama’s “book knowledge.” To have seen the mountains of Waziristan with one’s own eyes—that is everything.

Doesn’t this reflect a deep suspicion of language itself?