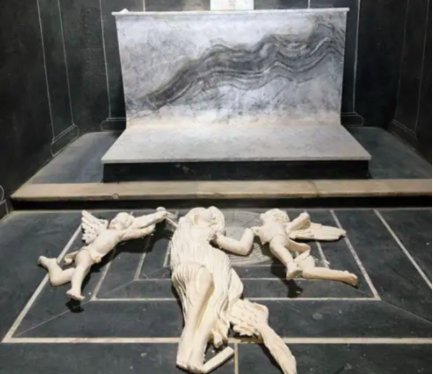 A statue of Mary Magdalene housed in the chapel of Saint Pilon in the Var, in southeast France, has been destroyed by vandals apparently unhappy with her lack of clothing. The perpetrators left a note at the scene saying they “did not accept that a great saint like Mary Magdalene [should] be represented in such a way”.

Renaud Muselier, the president of the Provence-Alpes-Côte d’Azur regional council, describes the “act of degradation” as “unacceptable [and] its motivations unworthy!”. He adds: “Nothing—absolutely nothing—justifies entering a chapel to smash a statue.”