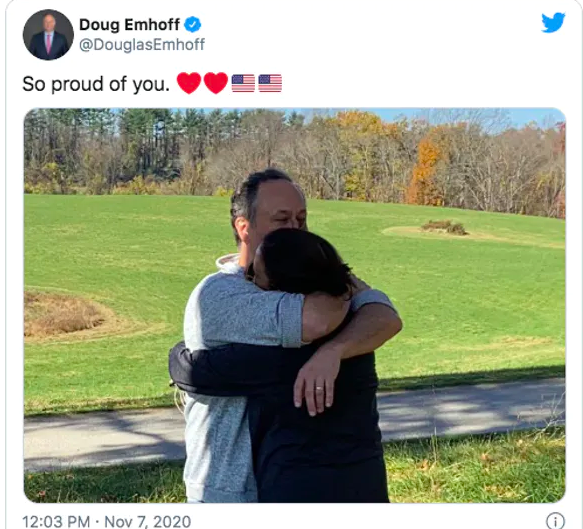 More than a heartwarming glimpse into the vice president-elect’s private life, the tweet signaled that gender norms in a Biden/Harris administration will differ from those on display in the White House during the past four years.

In fact, a number of tweets went viral over the weekend of Nov. 7 and 8 that showcased a version of masculinity that contrasts sharply with the one projected by Donald Trump. …

The Biden/Harris victory seemed to open space for other men to similarly reject the emotional strictures of toxic masculinity. Appearing on CNN, commentator Van Jones was overcome with emotion when reflecting on the impact of the election. He connected his feelings explicitly to the cultural construction of masculinity, saying, “Being a good man matters. I just want my sons to look at this …”