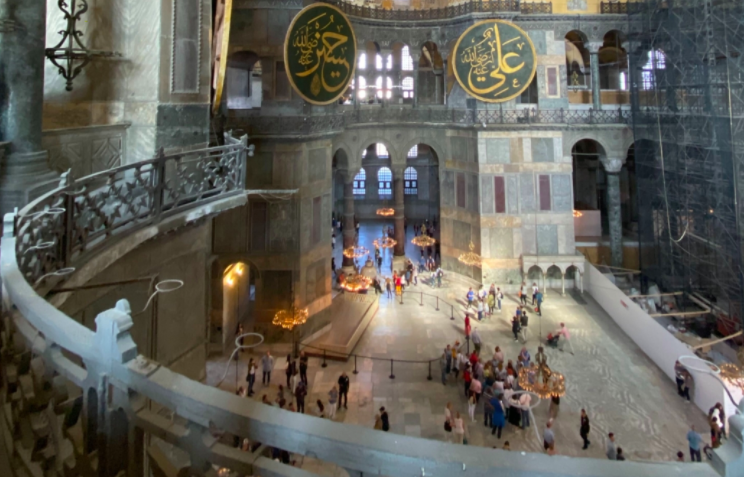 Some of Hagia Sophia’s Christian mosaics will be temporarily concealed during Muslim prayers, a Turkish official said in an interview on Sunday, July 19.

Speaking with the broadcaster NTV, Turkish presidential spokesman Ibrahim Kalin said thatsome mosaics of the Virgin Mary and the archangel Gabriel that are positioned in the direction of Mecca, which Muslims face during the mosque’s five daily prayers, would be covered with curtains. The mosaics will be uncovered during tourist traffic between prayers.

Kalin added that other mosaics depicting Jesus and other Christian figures that are not facing Mecca should not pose a problem during Muslim prayers, but he did not clarify whether they would remain visible at all times.