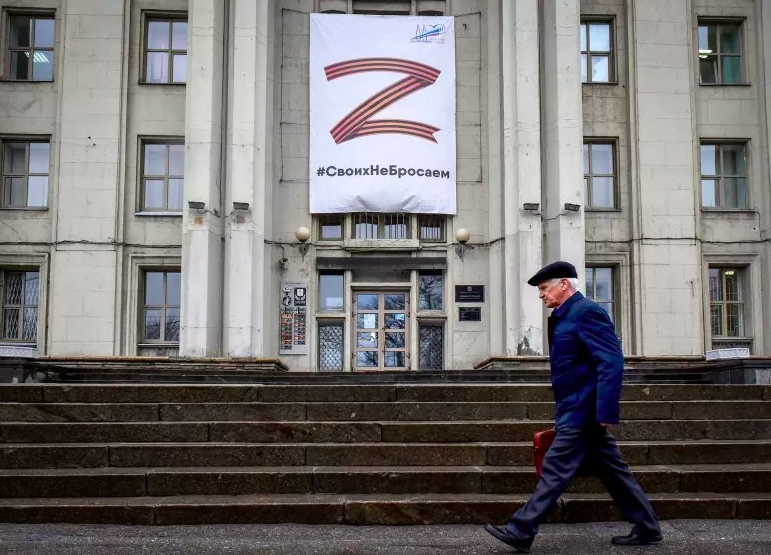 ARussian news presenter has given one explanation of the significance of the letter “Z” which has become a prominent propaganda symbol for Vladimir Putin‘s invasion of Ukraine.

During the news program Vremya (Time) on Channel One, anchor Vitaly Eliseev said rehearsals were under way for the Victory Day parade marking the end of World War II—known in Russia as the Great Patriotic War.

He said on Monday night that the celebrations on May 9 will involve more than 11,000 troops and there will be eight MiG-29 planes which will fly in the formation of the last letter of the alphabet.

In the segment first tweeted by Russia media watcher and Daily Beast journalist, Julia Davis, Eliseev said the “Z” that the planes would form on the day is supposed to symbolize two number 7s stacked, one of them upside down.

He said this represents 77 years since Victory Day and he described the letter as “one of the symbols of the special military operation to defend the Donbas,” using the Kremlin-approved expression for the war in Ukraine.

“So, to celebrate the ending of WWII Putin decided to start a WWZ,” Davis tweeted, adding in a separate message that “Russia is basically an oversized North Korea, but worse.”