This photographer’s photos explore the culture of Civil War reenactors 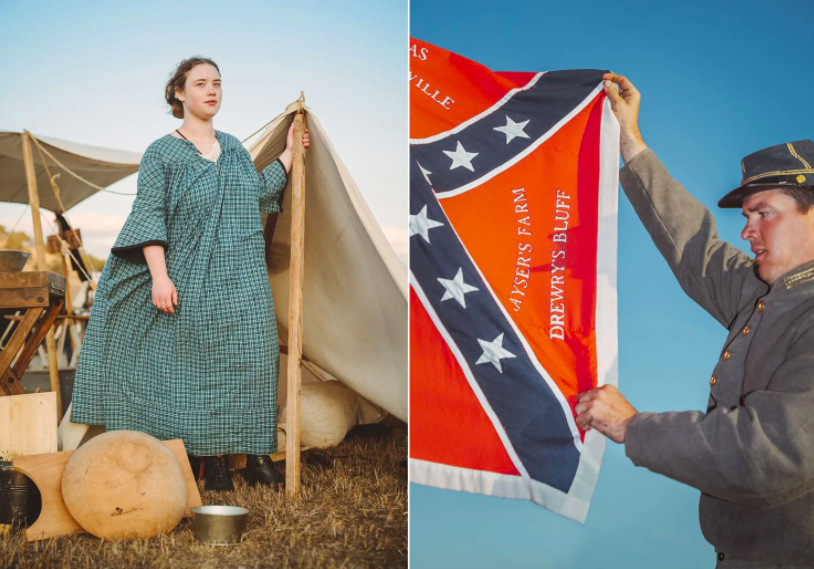 Campbell’s essay puts the Civil War reenactments into a broader historical context. He says human beings have been playing at war almost as long as we’ve been waging war. He cites the elaborate reenactments staged by Roman emperors, to Buffalo Bill’s Wild West show, which included a reenactment of the Battle of Little Bighorn. But Campbell acknowledges, “In the United States today, the commemorative landscape is dominated by a single conflict: the Civil War.”

No doubt, as we are seeing right before our eyes every day, the Civil War ripped a wound in our country that has been festering ever since. The following paragraph from Campbell’s essay in Tauszik’s zine is an important one.