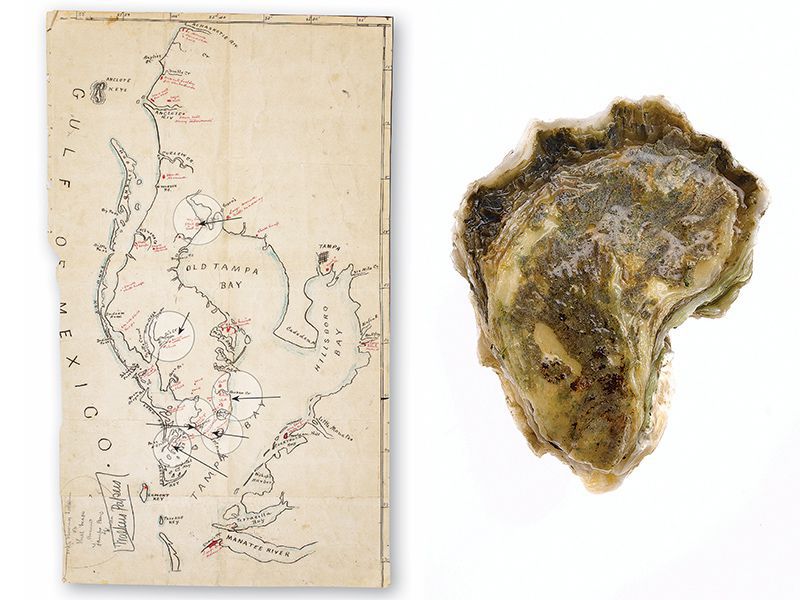 A 19th-century reporter’s invaluable guide offers a look at the earliest residents of the area known today as Tampa.

In the area around Tampa Bay, the remains of centuries-old mounds hide under roads, in parks and neighborhoods, even by big-box stores. Shell mounds served as temple sites and as places to relax, sleep and eat. The Tocobaga people, who lived in the area in the 1500s when the Spanish arrived—and many inhabitants before them—gathered food from the rich estuaries and hunting grounds. They piled bones and shellfish remains into mounds called middens that reached as high as 20 feet. They also buried their dead in sandy mounds nearby.

Starting in the 1500s, Spain claimed the region through a series of expeditions. The United States absorbed Florida in the 1820s, but it was only after railroads reached the beaches that outsiders began to settle. In 1880, Tampa’s population was about 700. Over the next 20 years, it exploded to nearly 15,000.

In 1879, just before construction destroyed many traces of earlier civilizations, a newspaper reporter named Sylvanus Tandy Walker created an invaluable record of the Native earthworks. Walker was an amateur naturalist and archaeologist who liked to sleuth out the area in his free time, and his map offered an intriguing study of a soon-to-be-altered landscape.