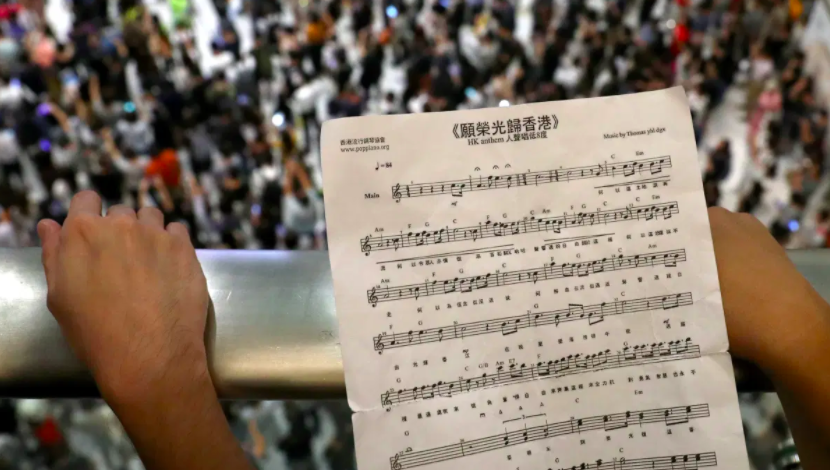 As well as the Beyond anthem, another song—“Raise the Umbrellas”—was written especially for the movement by Cantopop composer Lo Hiu-pan, and recorded by a number of pop stars who supported the movement including Denise Ho, who has since become one of Hong Kong’s leading political activists. During Umbrella Movement rallies, Shiu Ka-chun, a social worker who acted as master-of-ceremonies of the Admiralty-occupied zone’s “main stage” and who was subsequently jailed for his role in the protests, would lead the crowd in singing both songs. The scene, a sea of illuminated mobile phone lights, sometimes looked more like a Cantopop concert than a political rally.