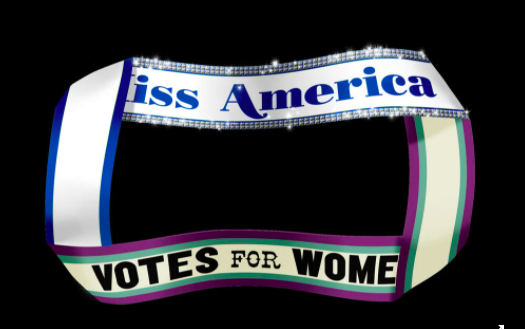 What lay behind the choice of the sash for the suffrage movement? Why does it come out today for events like bachelorette parties and beauty pageants, even as it has been more or less retired from official feminism? The answer lies in the sash’s peculiar properties, which managed to make it emblematic of the careful line the suffrage movement had to walk: it allowed women to make a statement, while still retaining social acceptability. Today, its statement-making properties have faded, but the festive air remains.

It was British suffragists who most famously tied the sash to the movement. These women understood that fashion was a part of their fight: Some men were concerned that women would become too “masculine” if they got the right to vote, so suffrage leaders like Emmeline Pethick-Lawrence and Emmeline Pankhurst sought to reassure those detractors by encouraging suffragists to adhere to the rigorous feminine dress standards of the day. The newspaper Votes for Women, co-founded by Pethick-Lawrence, declared in 1908, “The suffragette of today is dainty and precise in her dress.” Sylvia Pankhurst, Emmeline’s daughter, conceded, “Many suffragists spend more money on clothes than they can comfortably afford, rather than run the risk of being considered outré, and doing harm to the cause.”

The sash embodies the suffragists’ vision of womanhood — one that was simultaneously progressive and regressive. That vision helped move women into the public and political spheres, but it did so by emphasizing their appearance, associated with more conservative notions of femininity.

In that light, it is less surprising that in 1921, the year following the ratification of the 19th Amendment, eight women stood on the Boardwalk in Atlantic City, N.J., most of them wearing sashes — all the better to see their bodies with. They were competing to win a bathing beauty contest. One of those women, 16-year-old Margaret Gorman, became the first “Miss America.”