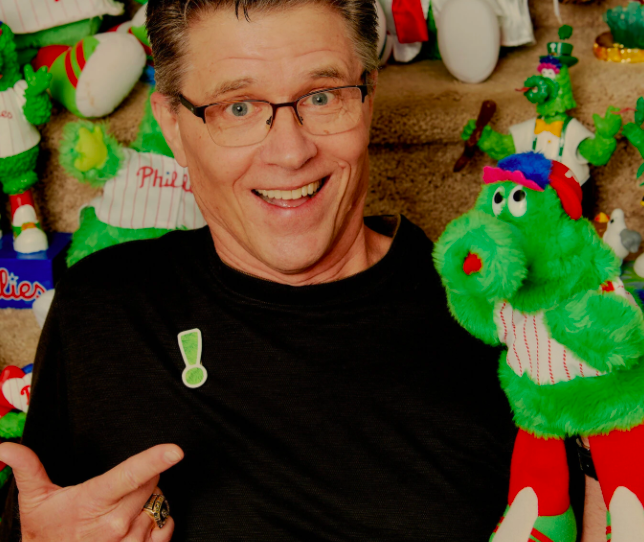 Dave Raymond practically invented the modern sports mascot. And over four decades, he has built a career on helping pro teams bring them to life.

The biggest question, of course, was what this creature would look like. It had to convey the brand’s image, Raymond explained, but more important, it had to look unlike any other mascot out there. The ones with the most distinct appearances are the ones that make the most memorable impressions. That’s Principle No. 3. The Flyers, Raymond says, are the personification of hockey itself: “plodding and big and hulky and weird.” So the team’s designers gave their monster a massive, bulging body and a severe underbite. They gave him an excessive orange neck beard and swinging, deranged eyeballs. They gave him a bellybutton that could change colors. And then they gave him a name — a name that might have been a bit too on the nose, had they given him a nose. They named him Gritty.