The images that fought the Nazis 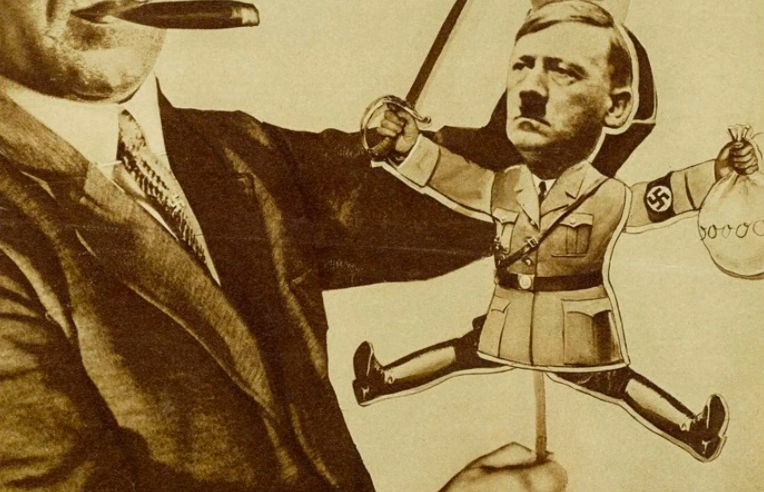 A new exhibition explores how John Heartfield’s powerful photomontages waged a war on the lies and propaganda of Hitler’s Germany.

Although vast swathes of the German population were in thrall to the Nazi’s powerful propaganda machine, Heartfield, as a fervent pacifist and anti-capitalist, remained resolutely immune. “I think he just saw through it,” says Schultz. “He understood very quickly what their aims and goals were. They called themselves National Socialist but there was never anything socialist about them.”

Armed with nothing more than paper, scissors and glue, Heartfield was soon waging a viscerally effective war against their lies and hypocrisy. “He shows how fickle they are,” says Schultz. “There’s this montage called Mimicry where you see Goebbels putting a Marx beard on Hitler in order to attract more working-class votes.”