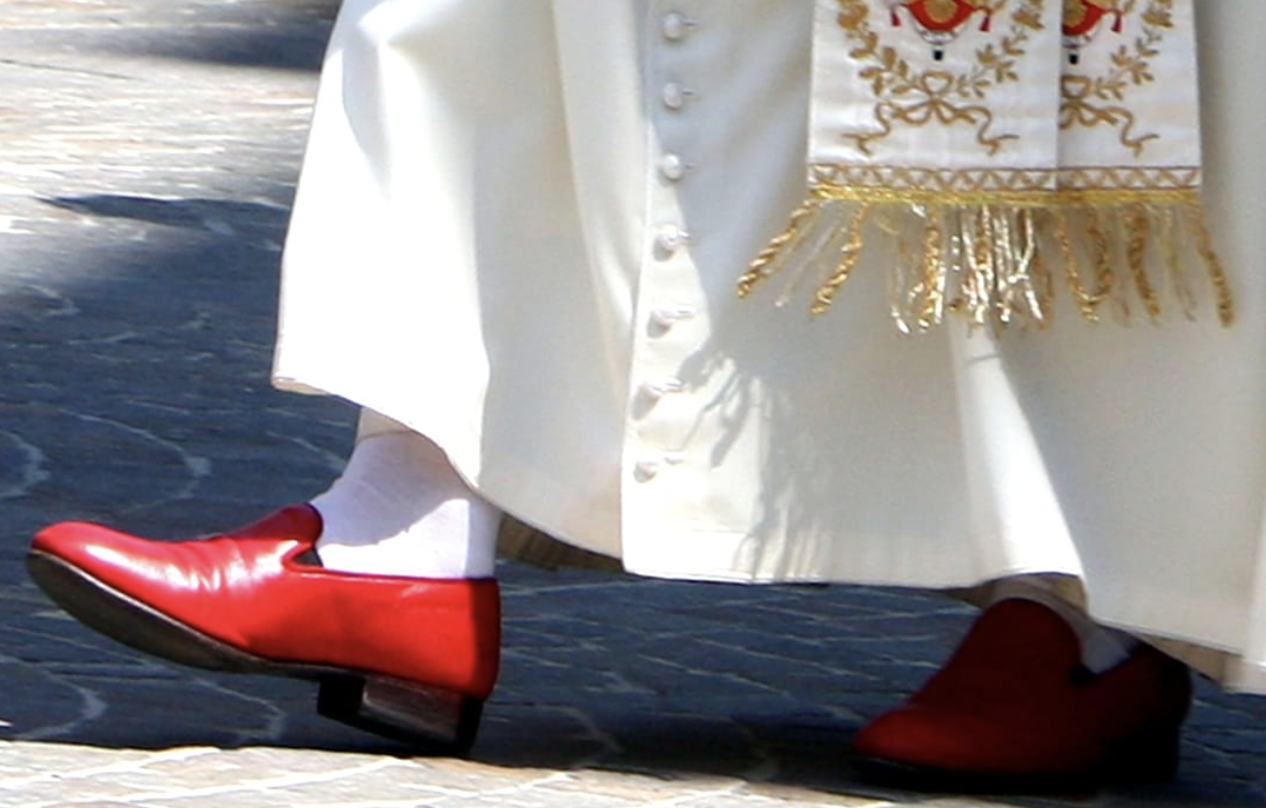 When Cardinal Joseph Ratzinger became Pope Benedict XVI in 2005, observers across the globe noted with interest that he had opted for red outdoor shoes, reviving a centuries-old tradition that had lately gone dormant. Red dress shoes, worn by anyone, are a statement. But for Pope Benedict XVI, who died Saturday at 95, the statement may have been about his relationship with the Catholic church — and how he saw his role in it.