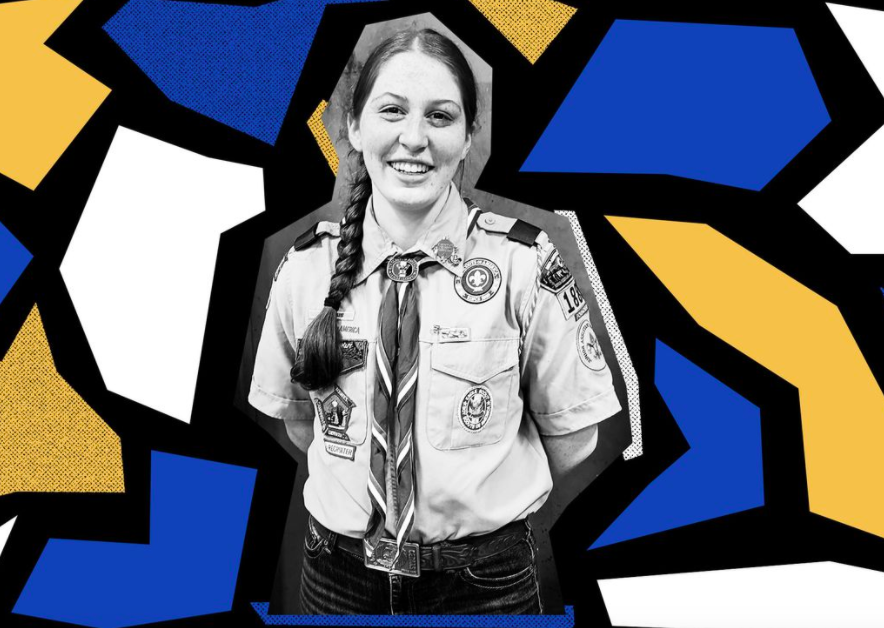 As the highest honor available within the Boy Scouts of America, it’s one that was traditionally reserved exclusively for young men and boys. Then, in 2017, BSA announced that young women would be permitted to participate in a wider array of the organization’s programs, including being able to achieve Eagle Scout status. (At the time, Girl Scouts of the USA, which has its own high-ranking honor system, said the move was “reckless” and undercut the work being done by their organization.)

But the decision to expand what girls are eligible for came after years of family requests, a spokesperson for Boy Scouts of America said in a statement.

After facing declining membership, the organization has made moves in the past decade toward becoming more inclusive.

“The values that are set out in Scout Oath and Law are just basic core principles and how to be a good person,” she said. “Being able to reinforce those principles and watch the older girls mentor the younger girls is just wonderful.”