The blue men of the Sahara 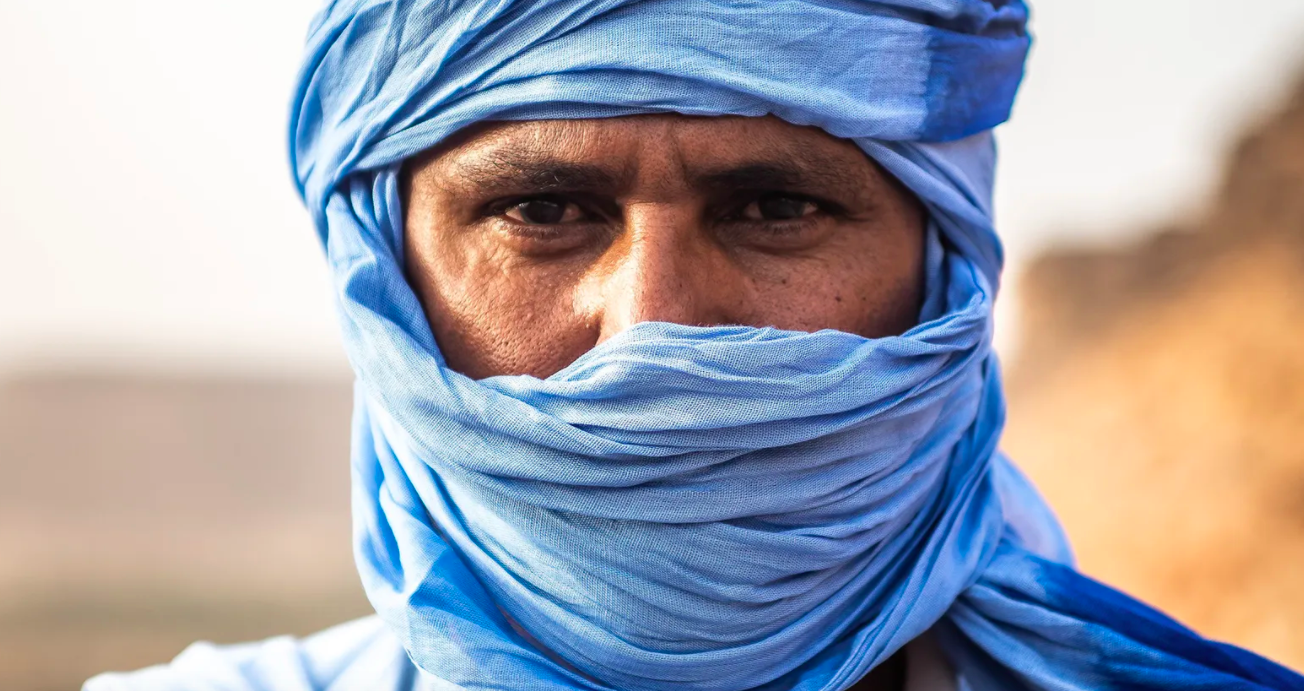 While the Sahara’s captivating blue attire is becoming a relic from the past, in Mauritania, the fashion tradition is still alive and looks like it’s here to stay.

The Saharan daraa or boubou, a long and loose gown, and tagelmusts, a cloth veil that is used as a turban, are two key clothing staples for the traditionally nomadic men of the Sahara.

Like other tunic-style clothing such as the kimono from Japan or the kaftan originating in ancient Mesopotamia, the daraa has found a place in fashion history. The first versions of the clothing are thought to have come from the Haalpulaar, who resided along the Senegal River between modern-day Senegal and Mauritania.

Eventually, populations from all social statuses wore daraas, but colours depended on one’s station in life. Wealthy merchants wore chalk-white daraas and tagelmusts, as they could afford to clean their clothes every day, while enslaved people would typically wear black, as they often worked in unclean environments and had to wear the same clothing repeatedly.

With the lack of natural colourful dyes around the Sahara, coloured daraas appeared only after the Haalpulaar started trading natural indigo dye and indigo-dyeing techniques became popular. These dark blue-coloured daraas were perfect for people who couldn’t afford white daraas, but who also didn’t want to wear black ones.

While the Haalpulaar might have established the indigo daraas, it was the Tuareg people who adopted and popularised the fashion, and are considered the “blue men of the Sahara” – a name they eventually got because the colour of their clothing rubbed off onto their skin while being under the hot sun.

“A light blue daraa looks like the white one, but it only needs to be cleaned every three to four days,” said Jdeidou.