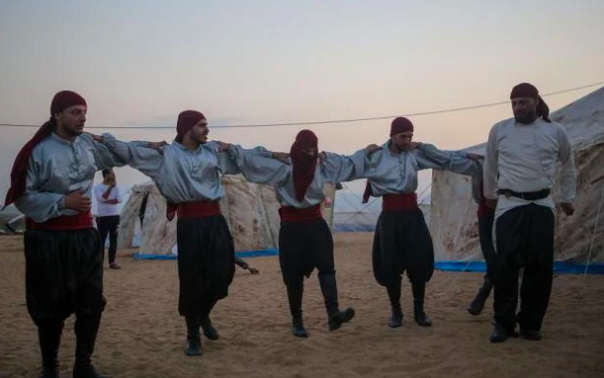 GAZA STRIP – Almost every evening at around 6pm, 32-year-old Iyad Obeid and his dance troupe stomp their feet to the Dabke rhythm and release the occasional “whoop,” as demonstrators join in from the neighbouring camps set up around 700 metres away from the eastern border between Gaza and Israel.

Dressed in traditional Palestinian clothing: a white shirt, a sirwal (lose baggy cotton trousers), long boots and a traditional headdress, they perform the traditional Levantine line dance, among other kinds of folk dances.