Taquile: Where manliness is based on knitting 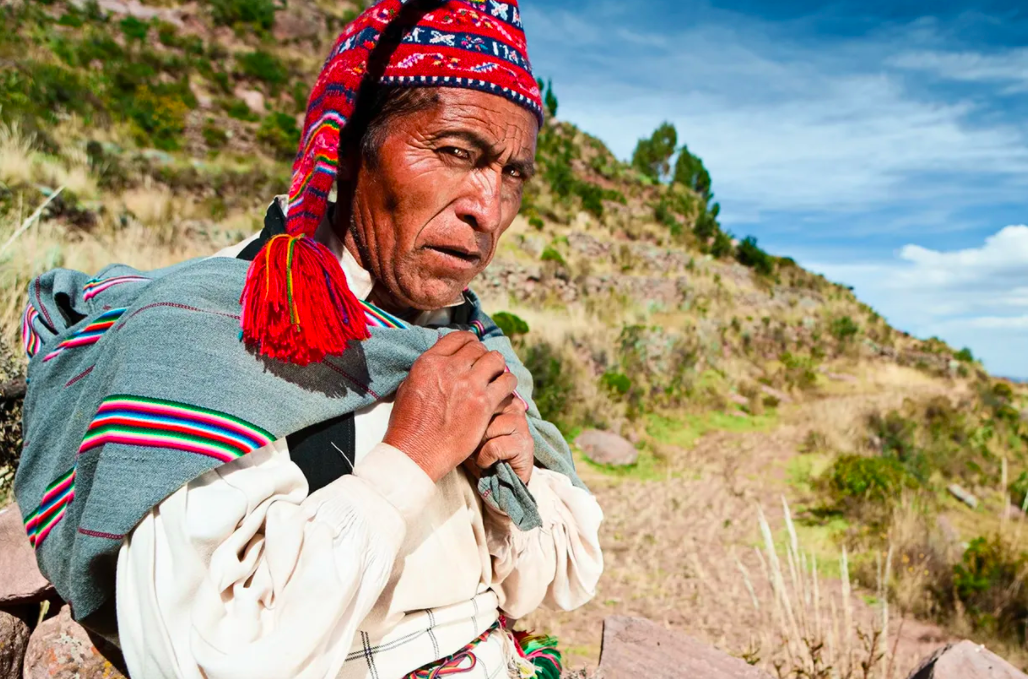 Alejandro Flores Huatta was born on the 1,300-person island, which is located on the Peruvian side of Lake Titicaca, a three-hour boat ride from the nearest city of Puno. The 67-year-old learned how to knit the iconic chullo (a tall, floppy Andean hat) as a child, with his older brother and grandfather teaching him by using the thorns of a cactus as knitting needles.

“Most of the people learn by looking, watching. Because I don’t have a father, my older brother [and grandfather] taught me to knit. So by watching, I learned little by little,” he said, speaking through a Quechua translator.

Taquile is famous for its textiles and clothing, and while women weave and tend to the sheep that provide the wool, men are the ones who exclusively produce the island’s knitted hats. The chullos are seen as culturally significant, playing a key role in the island’s social structure and allowing men to show their creativity while also displaying their marital status, dreams and aspirations – some men even use it to show their mood. It’s a tradition that islanders are working hard to preserve.

Taquilean boys are taught to knit from the age of five or six, with the skill passed down from one male to the next. The first chullo a boy knits is white, though he’ll later use sheep wool dyed with locally sourced plants and minerals, and the method is refined until he’s able to knit a hat that is tight and neat. It’s a painstakingly slow process – even the most experienced knitters on the island need the better part of a month to make a chullo due to the intricate patterns and specific iconography reflecting agricultural, seasonal and familial totems.

According to Alejandro, the sign of good partner is one who can make a pin-tight chullo – one knitted so well that it is able to hold water over large distances when turned upside down. Would-be fathers-in-law often test the chullos of their daughters’ potential husbands in this way. Alejandro proudly explained that his chullo could hold water for up to 30m without losing a single drop, and was impressive enough to attract his wife, Teodosia Marca Willy, 44 years ago.

“A man who knits a really good chullo, [only then] can he be called a man,” Alejandro said.

While the men knit, it’s the women who weave the colourful chumpis, the belt that is presented to their groom on their wedding day. The process is deeply personal, with a woman’s hair woven into the belt, on its inner layer. When a young man is single, the hair inside his chumpi belongs to his mother. Once he is married, the hair used belongs to his wife. The illustrations on the belts often mirror the chullos and are specific to each family and region of the island; the different communities of Taquile often feature in the form of a flower, the two-headed snake (an omen foreshadowing a death in the family) and the yellow careewa signifying it’s time to plant seeds.

The chumpis are often referred to as “calendar belts”, with 12 panels to represent the 12 months of the year. “Our iconography has been always the same. They are unique in the world. They come from our ancestors,” said Juan. “When [we] see [a] friend, we pay attention to his belt. Just by seeing his belt… we can know what plans he has. We can read just by watching the iconography and the colours.”