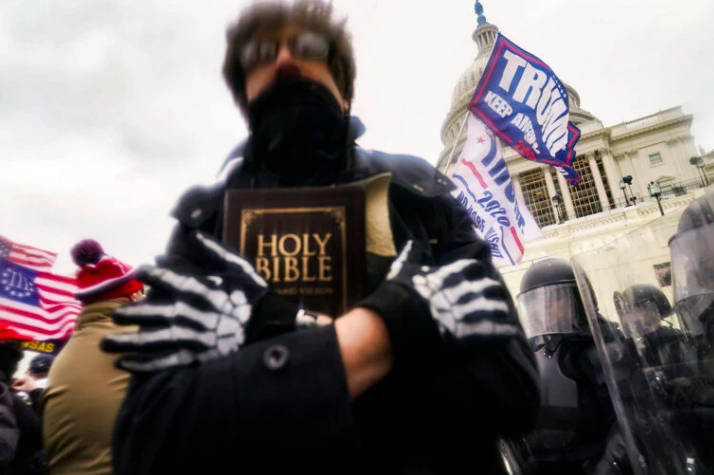 If we are to understand the events of yesterday, and the challenges ahead for us as a nation, we must take these symbols and this rhetoric seriously, not in isolation, but in combination and conversation with each other.

This seditious mob was motivated not just by loyalty to Trump, but by an unholy amalgamation of white supremacy and Christianity that has plagued our nation since its inception and is still with us today. As I show in my book “White Too Long: The Legacy of White Supremacy in American Christianity,” there remains a disturbingly strong link between holding racist attitudes and identifying as a white Christian. …

We should remember that this moment, and the divisions of the last four years, are set against the upheaval of religious and demographic change.