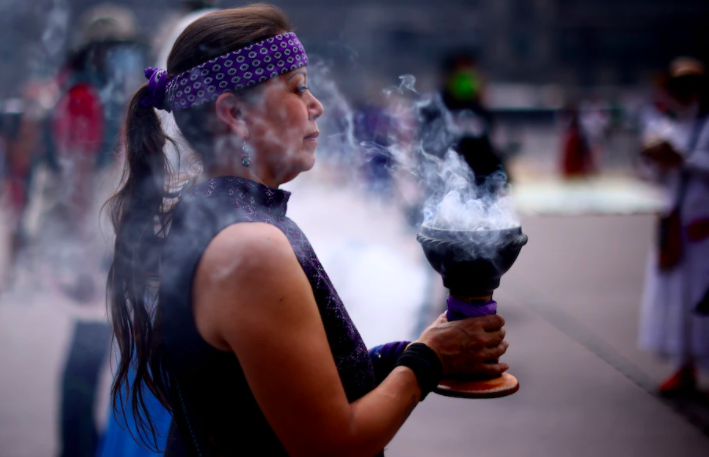 A statue of divisive European explorer Christopher Columbus that was on prominent display in Mexico City will be replaced with a figure of an Indigenous woman, the city’s mayor said this weekend, as the country becomes the latest to reckon with the public commemoration of its past.

The looming Columbus figure had stood tall on the Paseo de la Reforma boulevard for over 100 years, but on Sunday the mayor of the capital city, Claudia Sheinbaum, said it was time for a change of landscape and to make way for a monument that delivers “social justice.”

“We are announcing that the Columbus roundabout will very soon, in October, become a great recognition of the 500 years of resistance of the Indigenous women of our country,” Sheinbaum said. “We owe it to them.”

Although the country recognizes Columbus, “there are two visions,” one native and the other a European vision of the “discovery of America,” she told an event in the capital.