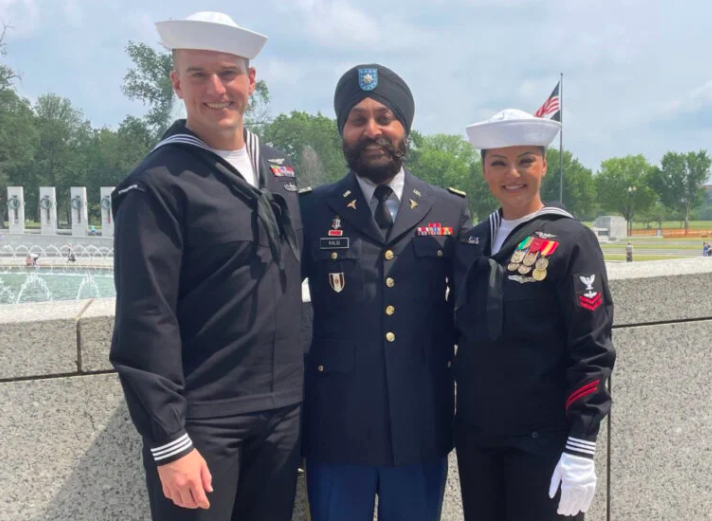 One Orthodox Jewish sailor and three Muslim sailors joined in a lawsuit alleging the Navy’s beard policy amounts to a violation of the Religious Freedom Restoration Act.

Earlier this year, Di Liscia, along with three Muslim sailors, joined in a lawsuit brought by the Beckett Fund for Religious Liberty, alleging the Navy’s beard policy amounts to a violation of the Religious Freedom Restoration Act. The Pentagon has allowed military personnel to request religious accommodation to uniforms under the Religious Freedom Restoration Act since 2014. The Army and Air Force have allowed beards as a religious accommodation for Jewish, Muslim, Sikh and Norse heathen service members who have requested them.

Beards were common in the U.S. military until World War I when concerns about the seal of period gas masks were an issue. Some 100,000 soldiers died due to chemical gas during that conflict. The Navy allowed beards beginning in 1970, only to reverse the policy in the mid-1980s — a directive that was soon followed by the Coast Guard. Militaries around the world have varying policies regarding beards. Notably the navies of the United Kingdom and Australia allow sailors to wear beards.