QAnon: The alternative religion that’s coming to your church 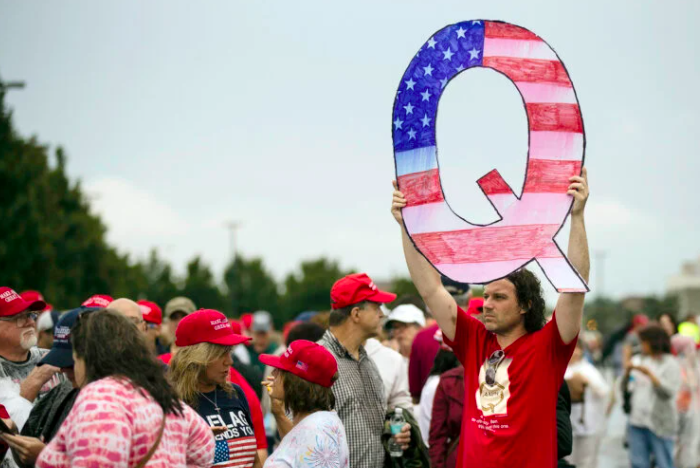 Conspiracy theories — grand narratives that seek to prove that powerful actors are secretly controlling events and institutions for evil purposes — are nothing new in the U.S. But since 2017, a sort of ur-conspiracy theory, QAnon, has coalesced in online forums and created millions of believers. “To look at QAnon is to see not just a conspiracy theory but the birth of a new religion,” wrote Adrienne LaFrance in The Atlantic in June.

Named after “Q,” who posts anonymously on the online bulletin board 4chan, QAnon alleges that President Donald Trump and military officials are working to expose a “deep state” pedophile ring with links to Hollywood, the media and the Democratic Party. Since its first mention some three years ago, the theory has drawn adherents looking for a clear way to explain recent disorienting global events.

Once the fascination of far-right commentators and their followers, QAnon is no longer fringe. With support from Trump and other elected officials, it has gained credibility both on the web and in the offline world: In Georgia, a candidate for Congress has praised Q as “a mythical hero,” and at least five other congressional hopefuls from Illinois to Oregon have voiced support. …

“I can’t hate another person, but boy if I can make them less than human, that’s the Crusades, that’s Jewish persecution throughout history, that’s racial issues hand over fist there.”