Our sports need a healthier version of masculinity, and men need to create it 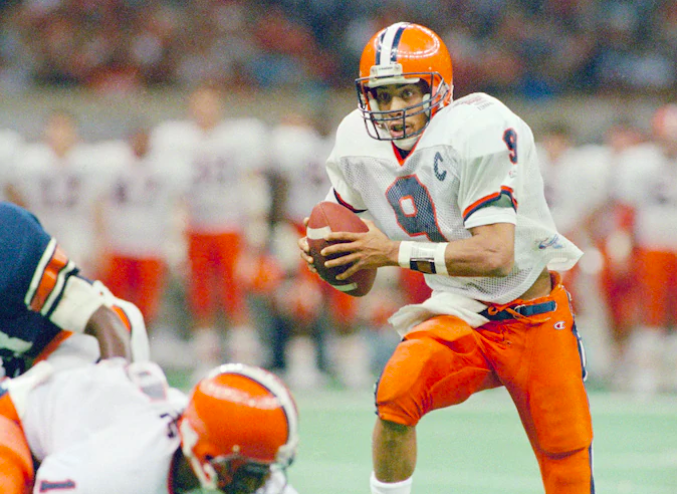 “We don’t raise boys to be men,” said McPherson, whose book “You Throw Like a Girl: The Blind Spot of Masculinity” is an essential exploration of what’s holding men and sports back — and how to overcome it. “We raise them not to be women.”.

McPherson was a star athlete who never felt comfortable in athletics. He loved to compete, but he hated the demeaning way in which influential coaches of his youth treated him and his teammates. He hated the trickle-down effect. McPherson, 55, grew up thinking most of his inner struggles centered around race. He figured they were about being a Black quarterback and attempting to break barriers. Later, he realized the source was mostly masculinity. …

I remember hearing my first inappropriate locker room conversation. I was in middle school, and we were showering and getting dressed after a track meet. The biggest star on our team started making claims about what he had done recently in a bathroom with the prettiest girl in school. He was foul. I was upset because the girl was a friend. I said nothing. I did nothing. As I left, he was talking foul about another girl.

I remember, in high school gym class, that another kid would flaunt what he claimed to be his girlfriend’s underwear. He was skinny, handsome, a real playa. Sometimes he put on the underwear and wore them to the next class. The locker room erupted with laughter. I thought he was weird, and worse, I knew his antics would diminish the respect most of those guys had for his girlfriend. I said nothing. I did nothing.

I wonder often about what men those boys became. I wonder more about what kind of man I could have become if I had the nerve to call them out 30 years ago. I wonder, if there was a formal application detailing the nuances of being a good man, whether I would qualify.