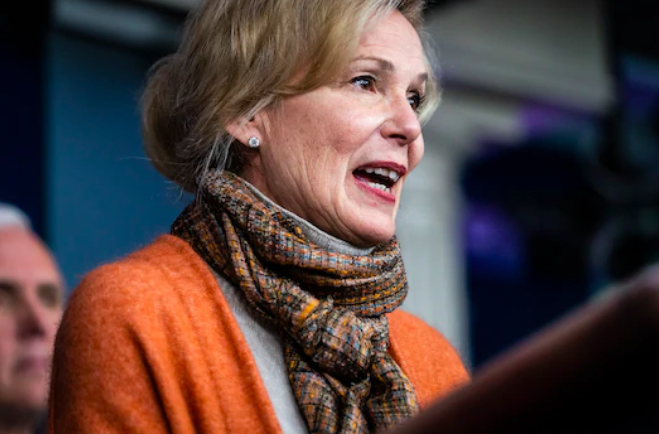 Birx doesn’t dress like a lady politician in jewel-tone suits and statement jewelry. She doesn’t wear power dresses, those sleek sheaths that are a critical part of House Speaker Nancy Pelosi’s professional wardrobe. She doesn’t turn up in a white coat as if she’s there to take the nation’s collective temperature. Birx’s style can be called classically feminine when she wears her shirtwaist dresses and knots silk scarves around her shoulders. She exudes academic wonkiness with her earth tones and tunics and mufflers double-wrapped around her neck. She never looks bland or nondescript. She doesn’t look like an automaton or someone who has lost herself in the data and computer models. And in doing so, she offers a subtle but important reminder to people that while this crisis is serious and meeting it is hard, we are still human. Do not lose yourself. Be kind to yourself.