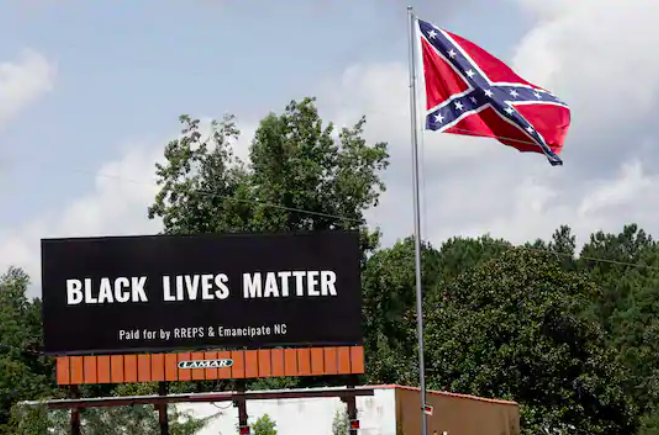 North Carolina’s state school board on Thursday approved new standards requiring social studies teachers to discuss racism, while some board members slammed the move as “anti-American” in one of many fights playing out across the country about how schools teach history. …

“History is the study of change,” board member Donna Tipton-Rogers said Wednesday at a meeting. “And by adopting these new social studies standards, we are embracing the essence of what makes the study of history useful and our nation great.”

Several members of the school board have criticized those guidelines as falling within an “anti-democratic” and “anti-capitalist” framework that overemphasizes the nation’s sins in comparison to its victories. Board member Todd Chasteen said lessons about discrimination against minorities should be accompanied by discussions of the dangers of “destructive” forms of government, including fascism and communism.