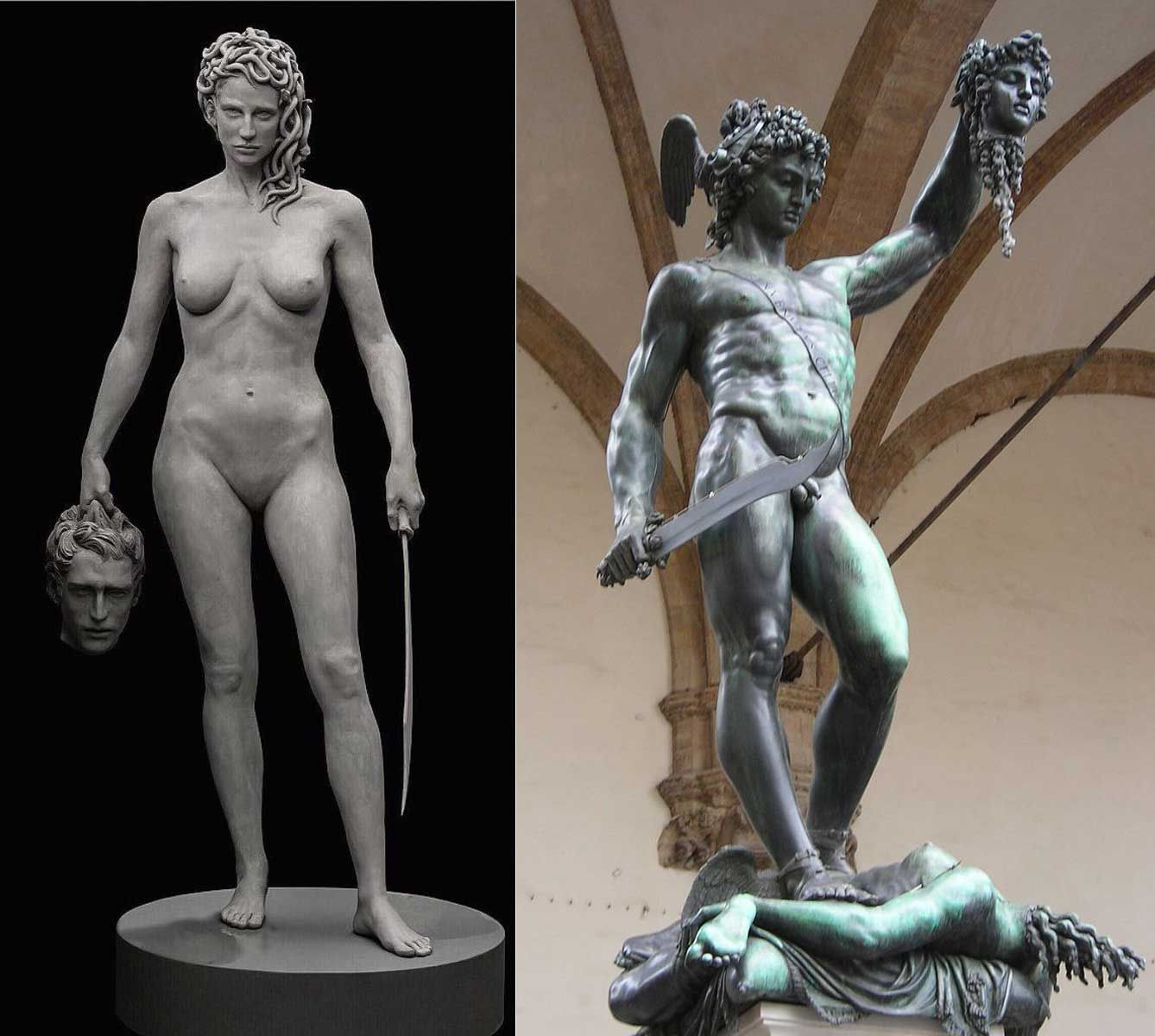 But some have questioned whether the statue truly embodies the feminist movement. ,,,

A seven-foot sculpture of Medusa that overturns the ancient Greek myth, depicting the gorgon as an avenging victim of sexual assault holding the head of Perseus, is due to be unveiled in New York on Tuesday, across the street from the Manhattan Supreme Court, where abusers such as Harvey Weinstein have stood trial. The statue, originally created in 2008, gained widespread attention on social media in the wake of the #MeToo movement—as well as some criticism. …

But some have questioned whether a statue of a naked, idealised woman by a male artist actually embodies the power of the feminist driven #MeToo movement, or why Medusa is not holding the head of her rapist instead of Perseus. Perhaps more questionable is the project’s online shop, which is selling miniature copies of the statue for $450-$750, as well as a souvenir t-shirt or muscle tank.

By Helen Stoilas, The Art Newspaper