Men in Kilts: A brief history of kilts in Scotland 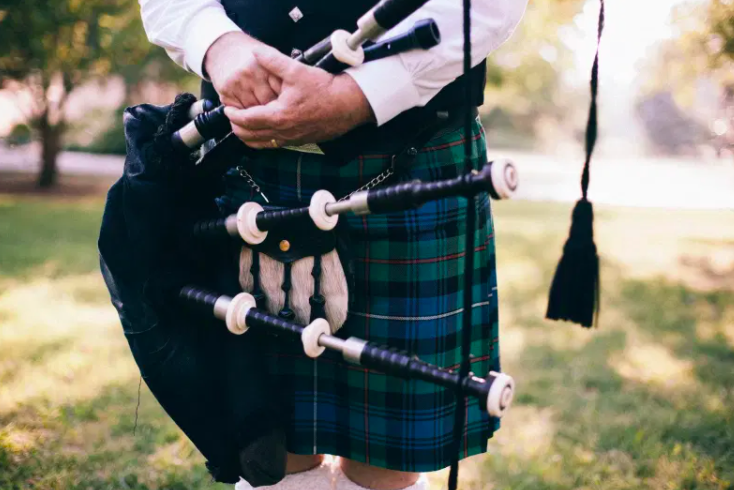 For many years preceding the invention of the kilt, woolen tartans had been popular in the Scottish Highlands.  Trousers weren’t quite ideal in the boggy parts of the country, and for both practicality and comfort, so the skirt-like garment proved to be the best option.  The fact that the attire left their legs bare earned them the nickname “redshanks” (or “red legs) due to their exposure.  Unlike today, however, these early kilts were seen primarily as sensible attire and didn’t denote any kind of national identity or even clan identity, a concept that would not be adopted for hundreds of years after they were first worn.

The first kilts as we know them began with what was known as the “Great Kilt.”  Great kilts were garments that had developed from cloaks prior the 16th Century that were so large that they were worn about the waist and then thrown over the shoulder or tucked into the waist.  This was also known as the “belted plaid” due to the fact that, over the following century, they grew in such size thanks to the abundance of wool that they started to be gathered up and belted.  In some cases, they were so large that these early kilts could be worn like a cape or a cloak.  In fact, the Scots word “kilt” was a verb meaning “to tuck.”