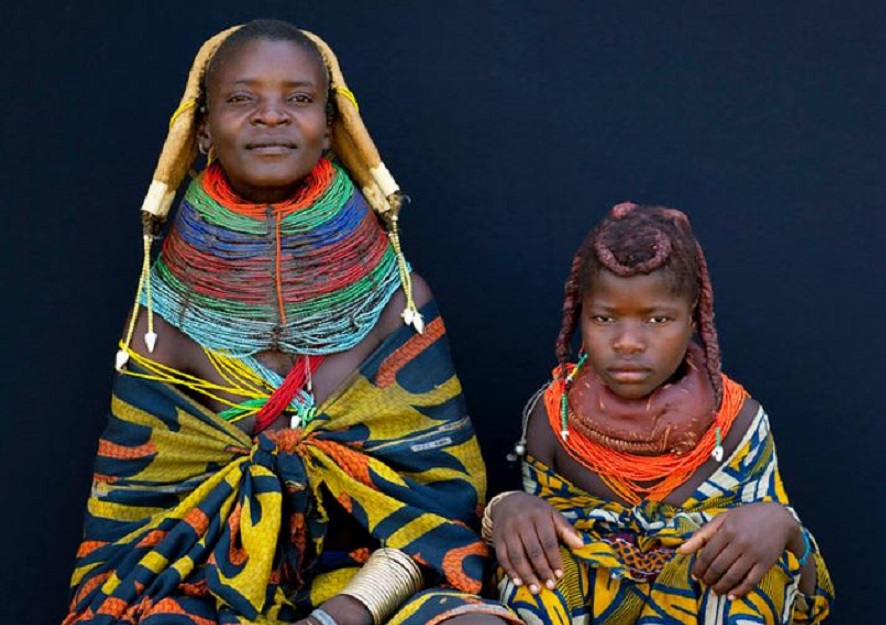 Angola has some of the most fascinating ethnic groups and cultures in the world. In southern Angola, there are the Mwila or Mumuhuila people. They are said to be a semi-nomadic ethnic group who are of Bantu origins.

The most fascinating and striking culture about the Mwilas is the way the women keep their hair. The women wear elaborate and unique hairstyles which have much value for the people of Mwila.

The dreadlocks-looking hairstyles are not just for the aesthetics. The plaits are called nontombi and the number of nontombis on a woman’s head has a specific meaning.

Another way the women portray the Mwila culture is to accessorise themselves with elaborate jewelry and the way they dress. The women are particularly known for wearing thick collars made from mud and beads.

Every period of a woman or girl’s life determines the type of necklace they wear and the reason why they wear that type at the time.

By Ama Nundo, Face to Face