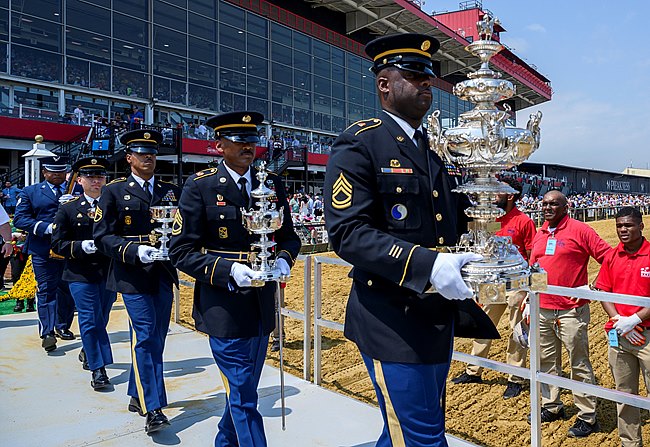 For decades, Maryland has had a place on its books for a state song that has been frequently criticized for being a Civil War-era call-to-arms for the Confederacy, from its opening line referring to Abraham Lincoln as a “despot” to its scorn for “Northern scum!”

Now, the song, “Maryland, My Maryland,” is poised to be swept into the dustbin of history, with the governor poised to sign a bill repealing its cherished status after state lawmakers approved the change.

Lawmakers have not chosen a replacement for the song, the singing of which had been tradition at the Preakness Stakes, the second leg of horse racing’s Triple Crown, for more than a century until it was removed from the program in 2020.

Previous attempts over the decades to abandon the state song, which was adopted in 1939, had been thwarted by the Legislature. The effort regained momentum after George Floyd was killed last year while in police custody in Minneapolis, which served as a catalyst for a nationwide reckoning on symbols of the Old South and slavery.