Mark Cuban had the right idea: It’s time to rethink how we use the national anthem 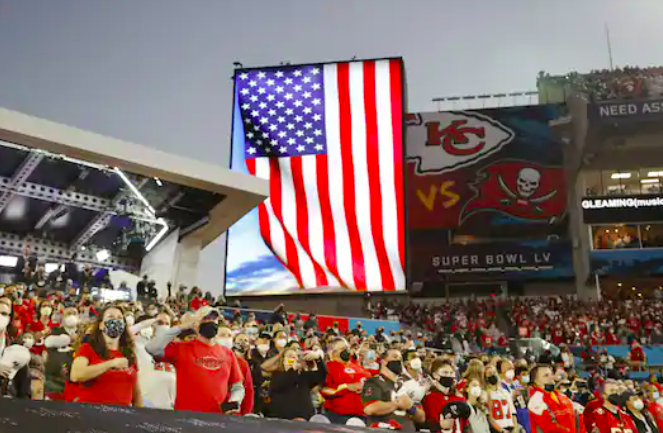 I thought back to that this week, when the national anthem again entered the news, this time because Mark Cuban, the owner of the Dallas Mavericks, ordered his team’s home games this season to start without playing the anthem. Since there were no fans in the arena, no one noticed — through 13 preseason and regular season games. When someone (a writer for the Athletic) did notice, NBA Commissioner Adam Silver asked Cuban to follow the NBA directive to play the anthem pregame and Cuban agreed.

But Cuban, like my dad — who fought in the Pacific theater in World War II, but wasn’t a screeching, “love it or leave it” patriot — had it right. The habitual repetition has taken away much of the anthem’s power. …

The most recent mixing of politics and sports came last Sunday at the Super Bowl, when the NFL — which has made wrapping itself in the flag an art form — insisted on playing both “America the Beautiful,” and ‘The Star Spangled Banner” before the game. The latter, by the way, is meant to be played or sung in a little over a minute. The two singers Sunday stretched it well beyond two minutes — not atypical at all nowadays.

Which brings us to Cuban. It’s worth noting what he said about not playing the anthem: that he always stands with his hand on his heart, but that he understands there are people who are uncomfortable with the playing of the song.