Marjorie Taylor Greene and the death of the public political apology 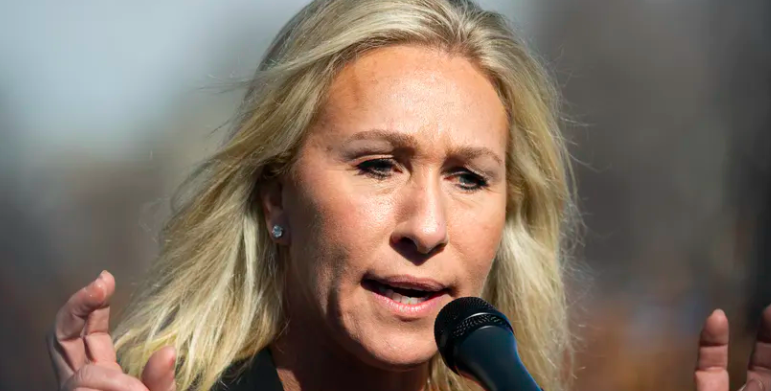 When Georgia representative and sometime QAnon enthusiast Marjorie Taylor Greene met with fellow House Republicans on Feb. 3, she may have apologized. Or she may not have.

During the closed-door meeting in which Greene’s conspiracy theory beliefs came up, we don’t know exactly what went down because, well, it was behind closed doors.

Speaking after the event, House Minority Leader Kevin McCarthy described Greene’s remarks as an apology, saying that Greene had denounced her previous statements and social media postings – which included the idea that mass school shootings are “false flag” operations and that California forest fires were started by Jewish space lasers – and that “she said she was wrong.” …

An apology, according to the Canadian sociologist Erving Goffman, is “a splitting of the self into a blameworthy part and a part that stands back and sympathizes with the blame giving.” Goffman goes on to say that after an offense has occurred, the job of the person apologizing is to show an understanding of the norm violated and the harm done.

What this means in practice is that offenders must identify what they did wrong and then demonstrate that they take responsibility for that wrong, that they accept the blame. To be a true apology this has to be accompanied with some sincerity and with a sense of how the offender will act differently in the future.

If a public apology includes these four elements – naming the harm, taking responsibility, sincerely accepting blame and committing to act differently – then it can help repair a relationship or even save a reputation.

By Edwin Battistella, Southern Oregon University for The Conversation